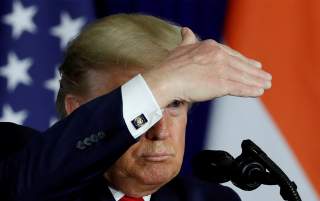 The outbreak of the coronavirus that began in the Wuhan province of China in December 2019 has caused nervousness the world over, a feeling that may eventually turn to panic. As of today, over 80,000 cases have been confirmed worldwide, with at least 2,700 confirmed deaths. It’s widely believed that China is suppressing the real death count, although only 38 deaths have occurred outside its borders.

The coronavirus, closely related to the SARS virus, is an infectious respiratory disease spread through breathing and coughing. Symptoms can range from fever and cough to pneumonia and organ failure, with an estimated fatality rate of one to three percent. While conspiracies have floated about the origin of the virus, most scientists agree it’s a natural development caused by the bushmeat trade in China, specifically the eating of bats.

“We are asking the American public to prepare for the expectation that this might be bad,” an official with the Center for Disease Control said today. There are currently 14 confirmed cases of the coronavirus in the United States.

This week the Trump administration requested that Congress appropriate $2.5 billion in emergency funding to help prevent the spread of the virus. President Donald Trump has been attempting to calm the public mood.

“China is working very, very hard. I have spoken to President Xi, and they’re working very hard. They’ve had a rough patch, and I think right now, it looks like they’re getting it under control more and more,” said Trump earlier today while on his state visit to India. “Let’s see how it all works out, but I think it’s going to work out fine.”

How administrations are able to cope with natural disasters has a big impact on their electoral prospects. George W. Bush’s response to Hurricane Katrina in 2005 was widely panned, and it contributed to the Republican Party’s landslide defeat in the 2006 midterms. On the other hand, the Obama administration’s capable handling of Hurricane Sandy in the weeks prior to the 2012 presidential election is credited for boosting Barack Obama’s comfortable reelection margin.

While economic confidence remained unaffected in December and January when the virus was contained in China, since the start of February it’s spread to Iran, Italy, and South Korea. This has shaken the stock market, with the S&P 500 falling 3.4% on Monday, it’s biggest fall since February 2018. European markets are seeing their worst recession since 2016.

While death rates from coronavirus appear to be rare in countries with modern healthcare systems, the social effect of the disease is expected to be much larger. This includes precipitating a decline in global economic activity, temporarily shutting down supply lines and trade networks, and isolating individuals who want to avoid public settings.