Coronavirus Got You Down? Watch These 8 Movies of Hope in a Time of Quarantine 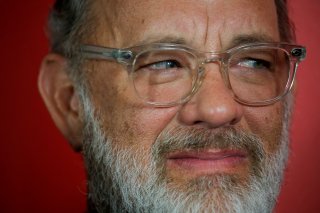 Cinema has long delivered good cheer in trying times. During the Great Depression, Shirley Temple put a smile on the face of anyone who had a nickel to go to a matinee.  Even after suffering every imaginable disaster, Scarlett O’Hara brings down the curtain in Gone With the Wind (1939) on an optimistic note: "I'll go home. And I'll think of some way to get him back. After all... tomorrow is another day."

But, what about those who are social-distancing at home, needing to recharge that "we can do this" attitude, but find that filmed fiction just doesn’t to the job? Well, how about some nonfiction—or at least movies that bring true life stories to life? Many of them remind us that even ordinary people can accomplish the extraordinary.

Here are eight films that may fill the bill. They aren't necessarily happy stories—not even those with the happiest of endings. But they are the kind of stories that call us to greatness as individuals, as communities--even as leaders.

What it is really like to be surrounded and outnumbered, with no hope or relief or assistance? This movie answers the question. In 1879, a handful of soldiers at Rorke's Drift were surrounded by 4,000 Zulu warriors.  They should have been wiped out in a heartbeat. Incredibly, they won—thanks to extraordinary leaders and the uncommon initiative, sacrifice, and courage of individual soldiers. Is the story told with perfect historical accuracy? No. But this brilliant film is true in its depiction of the incredible fighting spirit and what people can do with their backs against the wall.

During the Civil War, no one asked African Americans to fight in the war, but many demanded to join the fight. This incredibly moving film tells the story of the Volunteer 54th Massachusetts Regiment. It’s not the happiest of tales. The volunteers faced racism in the North and bullets and cannonballs in the South, taking horrendous casualties at the Battle of the Crater in 1864. Undaunted, they gave us all a lesson in what some are willing to risk for the benefit of all.

Not every hero wears a uniform. There is no one braver than a simple man who can stand and face the most unforgivable plague of all: genocide.  In the middle of Rwanda’s horrific civil war, one man rose—and saved thousands. It is a truly grim story, yet incredibly stirring. No matter how great man's inhumanity to man might become, everyday men and women somehow emerge to resist the evil and affirm humanity.

There are many sports movies about the underdog who comes out on top. But the most inspiring sports film of all tells the tale of a little guy who never even got to start.  Rudy was too small and too slow to play Notre Dame football. Heck, his academics were too poor to even get on campus. But he played ball and got his grades up in junior college. And when he got to Notre Dame, he talked his way onto the team as a “tackling dummy.” Practice after practice, he put on a jersey. He never gave up. If Rudy never quit why should we?

#4. Lincoln (2012) “Regular” Americans accomplish great things on their own.

They can accomplish even more when led by inspired, competent leaders. Few commanders-in-chiefs offer a better example than Abraham Lincoln. This film is likely the most accurate cinematic portrayal ever of the president who led us through the great calamity. Spoiler alert: no happy ending.

Perseverance, integrity, and faith are not limited to times of war and pestilence. In the 1960s, South Central Alabama became ground zero in the Civil Rights struggle. Against the odds, Martin Luther King and a handful of demonstrators stirred the conscience of nation.

Loser, single-mom becomes one of the most successful independent entrepreneur's in America. Now, that is a can-do spirit. Basically Shark Tank on steroids, after making every bad business decision imaginable, Joy Mangano grabs the gold ring anyway. After we bend the COVID-19 curve, we will need a lot of Joy Manganos to get the country up and running again.

Our task isn't just to bring back normality after COVID-19; it is to make America bigger and better than ever. That means new ways of doing business, new businesses, new technologies, new innovations and reaching for the stars. We have done this before, and we can do it again. And we will need to tap the energy, capabilities, and talents of all Americans to get there. No movie offers a better reminder of that than Hidden Figures, the story of some forgotten heroes of the space race.

All Americans have an important role to play in bending the curve. We will all have a role in getting America rolling again. We shouldn't just steel for that challenge; we should embrace it. Today’s generation can become the greatest generation.