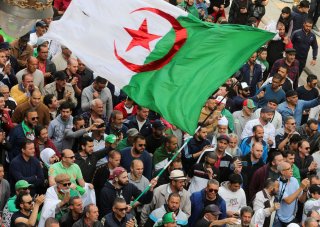 Protest movements across the Middle East and North Africa, from Algeria to Lebanon and Iraq, have been severely impacted by the COVID-19 pandemic. The fear of the virus' spread has deterred these movements from organizing in the streets more than the intermittent threat of crackdowns by security forces even though these were especially violent in Iraq. The underlying factors driving these movements remained largely unresolved, however, and the economic crisis resulting from the COVID-19 pandemic will leave these countries with even fewer tools to appease protesters once the disease dissipates. So while the COVID-19 pandemic will depress anti-government demonstrations and activism in the near term, its inevitably negative economic impacts will spark more unrest later in the year in protest hotspots once the greatest danger of COVID-19 has passed.

The fear of contracting or spreading COVID-19 is clearly impacting demonstrators' willingness to protest. The streets of Lebanon's capital, Beirut, which had been at the epicenter of monthslong anti-government protests, have been relatively empty. Protests leaders in Baghdad and across other cities in central and southern Iraq meanwhile announced they would leave the streets until the threat of COVID-19 abated. Likewise, Algerian protest leaders also called off protests for the first time in over a year on March 20. In doing so, protesters protected themselves and simultaneously obeyed a government order to disperse all rallies and demonstrations to help reduce the spread of the virus.

The underlying drivers of anti-corruption and anti-government movements in all of these protests hotspots have not gone away, and could become stronger due to fallout from the COVID-19 pandemic. Politically, these regimes have proven resistant to structural change, prompting frustrated outbreaks from demonstrators demanding political reform. In Iraq, a deeply corrupt government overly dependent on oil and gas revenue has proven unable to provide basic necessities for Iraqis. In Lebanon, a political system built of sectarian leaders and propped up by a complicated and opaque patronage system has frustrated Lebanese citizens weary of the government's inability to deal with a serious ongoing financial and economic crisis. In Algeria, a yearlong protest movement is seeking a more representative government in order to take advantage of a rare political transition following the recently ended 20-year presidency of Abdel Aziz Bouteflika.

COVID Deepens the Drivers of Unrest

Even more than the political paralysis, the economic drivers of unrest are likely to deepen. Widespread global shutdowns happening because of the COVID-19 pandemic plus subsequent economic damage plus stimulus programs that see major economic powers focus inward are only going to aggravate existing weak economic situations. Lebanese protesters are reacting in part to economic uncertainty arising from the worst economic crisis since Lebanon's civil war ended 30 years ago. Similarly, one driver of the popular unrest in Iraq has been young Iraqis' struggles to find work and popular anger over government mismanagement of funds.

The Lebanese and Iraqi economic crises are likely to worsen in the near term thanks to the dual shock of low oil prices and the COVID-19 pandemic. There is also a significant risk in the near term of individual demonstrations — self-immolations, small-scale skirmishes between security forces and individuals — as strained and anxious people react to the economic lockdowns that negatively impact their livelihoods, even if large-scale demonstrations aren't happening.

While Q2 could see depressed demonstration activity, Q3 and Q4 could become tumultuous in the Middle East and North Africa. The aggravated economic situation could also see protests pop up in relatively quiet places like Jordan, which hasn't experienced major demonstrations or anti-government protests in the last year — but which might now under the economic strain of COVID-19 shutdowns. Meanwhile, in Iran, which has seen protests off and on in recent years, there is a high risk of such demonstrations resurfacing once the worst of the COVID-19 outbreak has passed.

COVID-19 Temporarily Tamps Down Unrest in the Middle East is republished with the permission of Stratfor Worldview, a geopolitical intelligence and advisory firm.