Coronavirus Innovation: Allowing Telemedicine to Save Rural Lives Is A Smart Idea 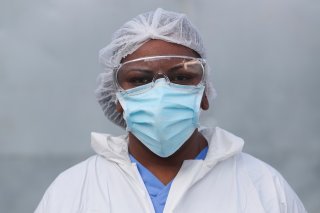 It once was considered a bit taboo, but since we’ve entered our strange new coronavirus world, telehealth has been propelled from fringe to mainstream use. Right now, the goal is to keep patients at home and away from contagion points, and states and hospitals have allowed for expanded telehealth access. As it stands, we’re absolutely dependent upon it.

But America’s rural residents often don’t even have the option.

Rural America has long been underserved by the healthcare industry, and the problem is getting worse. At the current rate of closures, the National Rural Hospital Association predicts about one-fourth of current rural hospitals will be closed within the decade. And now we’re in a pandemic—so something has to be done. Rural America needs telehealth, and fast.

Yet there’s a huge hurdle that must first be overcome: rural America also lacks access to reliable internet. In fact, about 14.5 million people, mostly in rural areas, are living in data deserts. In the age of coronavirus, that’s a tremendous risk.

It’s a risk they don’t have to run.

The Federal Communications Commission (FCC) is trying to fix this problem right now. Chairman Adjit Pai has taken steps to quicken internet speeds by funding 5G in rural America, but the silly debate in Congress over Pai’s strategy could very well slow his progress.

Fortunately, the FCC’s coronavirus Telehealth Program, introduced on April 2, provides $200 million in funding (appropriated from the CARES Act) for hospitals to facilitate virtual consultations to maintain a communication path between patients and doctors. It also gave some wireless providers the temporary authority to operate on the 600 MHz band of spectrum during the pandemic.

These changes should be permanent, and they can be. This year, the 600 MHz band of spectrum happens to be up for auction by the FCC, leaving more room for wireless providers to move services onto the band. The 600 MHz band is particularly suited for signals traveling through building walls, which is an obvious benefit for communications between doctors in hospital offices and patients in their homes.

Adeel Malik, CEO of the telehealth company Clearstep, told me that hospitals aren’t seeing patients right now, and they’re losing a lot of money because of it. But having “incentive structures and some relief by the federal government for hospitals to set up this infrastructure and actually help move them into the future is a good idea,” he said.

Hospitals desperately need this kind of help, because telemedicine is healthcare’s future. In fact, two telemedicine companies have already reported skyrockets in user numbers, ever since hospitals had to quickly make the in-person to online transition. Amwell has experienced a 350% spike, and Teledoc’s visitors have increased by 50 percent.

This increase is partly because states have wisely resolved barriers to telemedicine access. The governor of Illinois recently signed an executive order requiring health-insurance companies and Medicaid to cover medical telephone/video services at the same rate as in-person visits. Before the order, some insurance companies were refusing to cover virtual consultations. And a Florida hospital is using a CDC-approved test from Clearstep to screen potential coronavirus patients and reduce the strain on doctors by helping patients determine if they should seek an in-person appointment—a screening step that’ll decrease doctors’ workload during the pandemic and direct people to the proper channel for testing.

Adaptations like these benefit both the patient and the provider, especially as providers continue to become in short supply. The Association of American Medical Colleges has projected a doctor shortage of 122,000 physicians in America by 2032. Even before we entered a pandemic, a doctor’s time was incredibly precious. That’s where telemedicine screenings come into play. “They have a really important role in making sure that people are routed efficiently and that they’re taking advantage of cost-effective sources of care—rather than just going to the ER or urgent care,” Malik told me.

That’s not to say that telemedicine is seeking to replace all in-person doctor visits. But there are plenty of simple diagnoses that can be addressed without an in-person consultation. Indeed, according to one study in the American Journal of Emergency Medicine, 74 percent of people who used a telemedicine service had their care concerns resolved after one telemedicine visit, and their savings ranged between $19 to $121.

States have already taken important steps to streamline healthcare service. And when we eventually move past this pandemic, telehealth usage will be our new normal because of the infrastructure hospitals have built. That’s a good thing. But our elected officials need to be prioritizing rural access. After all, we must ensure that people who want to live outside of the city are allowed to do so without being scared for their lives.

And making sure that they can really isn’t that hard.

Patricia Patnode is the Outreach Director for Lone Conservative and a contributor for Young Voices.