Coronavirus Mystery: Why Did Facebook Have 700,000 Face Masks To Donate? 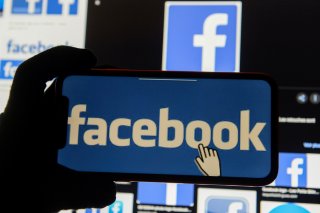 With a national shortage of face masks posing a major problem for health care workers during the coronavirus outbreak, Americans are being asked to get creative in solving the problem. Christian Soriano, the fashion designer best known for Project Runway, even offered to have his team sew the masks, a gesture to which New York Gov. Andrew Cuomo was receptive.

So it was a surprise to many when Facebook announced over the weekend that it was donating more than 720,000 masks from its reserve of them in order to assist medical professionals.

This led many on social media to ask a natural question: Why in the world would a social media company have a reserve of more than 700,000 masks lying around?

According to a Bloomberg News report Monday Facebook, which is headquartered in Menlo Park, Calif., has built up that massive reserve of masks due to concerns over the wildfires that have plagued California in recent years.

"Health workers urgently need more protective gear," CEO Mark Zuckerberg announced in a post from his personal Facebook account. "To help, Facebook donated our emergency reserve of 720,000 masks that we had bought in case the wildfires continued. We're also working on sourcing millions of more to donate.”

Facebook’s move is one of many by Silicon Valley giants. The announcement follows one by Apple CEO Tim Cook, who tweeted Saturday that Apple would be donating "millions" of masks. Apple, however, did not say anything about a reserve of masks, but rather stated that they were "sourcing" masks. Amazon CEO Jeff Bezos wrote to employees late last week that the company had "placed purchase orders for millions of face masks we want to give to our employees and contractors who cannot work from home," although Bezos acknowledged that few of those orders had been filled.

Facebook, as of last week, had 45,000 employees worldwide, although it also uses a large number of contractors. The company announced at the start of the quarantines that it was giving $1,000 bonuses to every one of those employees, in order to assist with expenses while they worked from home.

Other companies in the tech space, including Tesla, Microsoft and Chinese giant Alibaba, have made donations of masks and other equipment.

Last week, the activist group the Digital Citizens Alliance called for Facebook and Instagram (which is owned by Facebook) to ban advertising of face masks, test kits, vaccines and other products related to coronavirus. The DCA stated that while Facebook had promised to ban ads for face masks, some still appeared on the site as of last week.

FILE PHOTO: The Facebook logo is displayed on a mobile phone in this picture illustration taken on December 2, 2019. REUTERS/Johanna Geron/Illustration/File Photo.