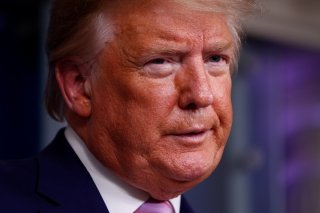 Worries about the threat the coronavirus posed to public health are entirely understandable. The disease spreads easily and has a disturbingly high mortality rate among its victims (especially the elderly).  Nevertheless, some important and potentially dangerous policy precedents are being set without much consideration or reflection. That approach is unwise, since many of the measures being taken to combat the coronavirus epidemic entail major restrictions on liberties that Americans take for granted. A sober discussion of those precedents is needed, or they may come back to haunt our country.

The original reaction in the United States to the corona outbreak was surprisingly casual, but the prevailing attitude and the resulting policy responses in both the private and governmental sectors have changed dramatically over the past two weeks. A deluge of announcements cancelling or postponing major public events, including concerts, plays, the “March Madness” NCAA basketball tournament, and the Masters tournament, has now occurred. Even when there is no outright cancellations or indefinite postponements, barring the public from attending events, such as the scheduled primary debate between Joe Biden and Bernie Sanders and upcoming NASCAR races, is increasingly the norm. Schools and businesses around the country are shutting their doors, likely for weeks, with employees and students expected to work or study from home. The economic and social impact of such dislocations is certain to be enormous.

Many of those decisions were by private organizations that concluded that having large numbers of people congregate posed an unacceptable risk of the corona pandemic becoming even more widespread.  However, other closings occurred because of government edicts—including some that seemed highly arbitrary.  Local authorities in Austin, Texas, for example, cancelled the annual South by Southwest music festival at the last minute, blindsiding the festival’s organizers.  Government orders banning “large gatherings” reflected great imprecision about what constituted “large.”  Depending on the jurisdiction, the threshold ranged from 250 to 1,000—and in one case, 2,500--with little or no explanation or justification from authorities for choosing a particular number. Worse, in most cases, event sponsors or other affected parties had no recourse to appeal the decision.  In some cases, they did not even have an opportunity for input regarding the restriction or ban.

The scope of governmental restraints is growing steadily as well.  In late February, President Trump barred entry of foreign travelers coming from China, and he gradually expanded that restriction to other countries, culminating in his March 11 announcement barring non-American travelers from most European nations for 30 days. Trump’s declaration of a national emergency on March 13 gave him extensive additional powers.

Even well-established political rights are now conditional and at potential risk.  On March 13, the Louisiana Secretary of State postponed the state’s April 4 presidential primary election. The Louisiana move is especially troubling.  There have been only a handful of postponed elections in the United States since the end of the Civil War.  A rare recent case was the primary election in New York, which was supposed to be held on September 11, 2001.  The 9-11 terrorist attacks were such a disruptive event that there was little choice but to reschedule the balloting.  But deciding to postpone an election scheduled for three weeks later because of professed fears about a public health issue is far more questionable. That decision illustrates the potential for diktats made in response to the coronavirus outbreak to set worrisome precedents and create opportunities for abuse in less dire situations.

Therein lies a serious concern and the need for a comprehensive public discussion about policies going forward.  It’s a universal truth that governmental power always expands during periods of perceived crisis.  It also is a universal truth that politicians and bureaucrats seize opportunities to expand their missions and power.  We must keep those dynamics in mind when evaluating government actions with respect to the coronavirus threat.

The pervasive assumption is that the coronavirus outbreak is a temporary menace that will be overcome in the next few weeks or months, the current restrictions will be lifted, and life in America will return to normal.  But what if that assumption is wrong?  What do we do if this lethal virus (or one like it) becomes a feature of the annual flu season?  Do we (indeed, can we) lock down the country under such repeated “crisis” conditions?  The economic disruption and damage alone would likely preclude such a response; it doesn’t seem possible to operate a modern economy in a bunkered society.  Taking draconian steps in reaction to a public health problem less severe than the current epidemic would be needlessly destructive to both the economy and to America’s system of liberty.

It’s not too soon for sober reflection and debate about such matters. Unfortunately, the current atmosphere increasingly exhibits the characteristics of a collective panic—and that is always a poor basis for intelligent policy decisions.  Americans must not passively accept government edicts and restrictions without raising pertinent questions, and when necessary, voicing objections.

Ted Galen Carpenter, a senior fellow in security studies at the Cato Institute and a contributing editor at the National Interest, is the author of 12 books and more than 850 articles on public affairs. This article first appeared earlier this month.