Coronavirus: Trump Wouldn't Be the First President To Redirect Aid To Swing States 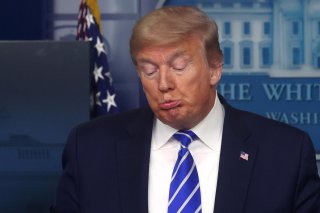 Among the criticisms President Trump has received over his handling of COVID-19, one is that he’s playing politics with disaster aid. The Denver Post recently charged that he “is treating life‐​saving medical equipment as emoluments he can dole out as favors to loyalists.” Michigan Gov. Gretchen Whitmer has claimed that “vendors are being told not to send stuff here to Michigan.” Trump himself has said the governors “have to treat us well also” in order to get what they need.

So far, evidence of actual favoritism is mixed. A Washington Post review of federal distribution of ventilators, surgical masks, and N95 respirators found no apparent favoritism of red or blue states (though it also noted that overall distribution has been lousy). On the other hand, an early analysis of the Paycheck Protection Program, intended to support small businesses during the COVID‐​induced recession, found that businesses in states that supported Trump in 2016 have received much more generous support than businesses in states that went for Hillary Clinton.

If Trump is showing political favoritism with disaster aid, he wouldn’t be the first president or other federal policymaker to do so. As economists Steven Horwitz and Frank Stephenson explain in a forthcoming article in Cato’s policy journal Regulation, such favoritism is a D.C. tradition.

Horwitz and Stephenson summarize a rich academic literature finding that New Deal aid was channeled to swing states important to Franklin D. Roosevelt’s reelection. Other influences on New Deal money included FDR’s vote share (and that of fellow Democrats), and whether a district had lawmakers on appropriations committees.

Beyond the New Deal, empirical work finds that Federal Emergency Management Agency aid in the 1990s flowed more generously in election years (especially 1996) and that federal agriculture disaster aid flowed disproportionately to states that had members on the relevant House and Senate agriculture committees. Also, over the period 1981–2004, disaster declarations were issued more readily to politically competitive states than to noncompetitive states.

Most relevant to the COVID crisis is an analysis of the distribution of vaccines during the H1N1 (swine flu) epidemic that began in early 2009. Much like coronavirus, H1N1 was a novel strain of influenza, necessitating a new vaccine. Fortunately, research moved quickly and the first doses were available in October. According to the analysis, those doses went disproportionately to states that had Democratic members on the House Energy and Commerce Committee, which oversees the Department of Health and Human Services.

As Horwitz and Stephenson conclude, “Existing research repeatedly shows that political factors influence resource allocation in disasters, so it should come as no surprise if it is ultimately determined that politics affected the response to the COVID crisis.”

Still, Trump may break with that tradition. He seems to care far more about his self image than about his political standing. Though Michigan is critical to his reelection chances this fall, he may be willing to settle a score with a critic in the Great Lakes State even if it costs him Michigan’s 16 electoral votes.

This article by Thomas A. Firey first appeared in CATO on April 4, 2020.