Coronavirus Upends Travel Within and Outside of China 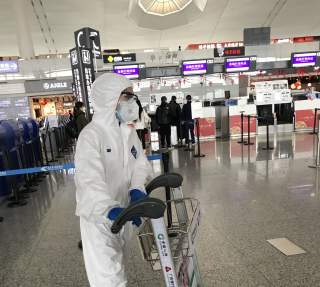 NANJING, CHINA - Passengers entering the security line at Nanjing Lukou International Airport present their tickets to security officers in full white pandemic suits. Those taking international flights must fill out health declarations. Everyone who enters the concourse must have their health checked.

The airport is calm and uncrowded as a worker walks by spraying disinfectant from a canister he is carrying on his back. The rush for students to get back to the United States had already ended by the afternoon of February 2, and Yuqi Zheng was stuck in Ningxia province in western China.

A master’s student studying Applied Economics in Johns Hopkins University’s AAP program, Zheng had originally been scheduled to return to Washington, DC, from his hometown of Yinchuan, the capital of Ningxia, where he was celebrating Spring Festival over winter break, on January 27, but his flight to Beijing had been canceled. 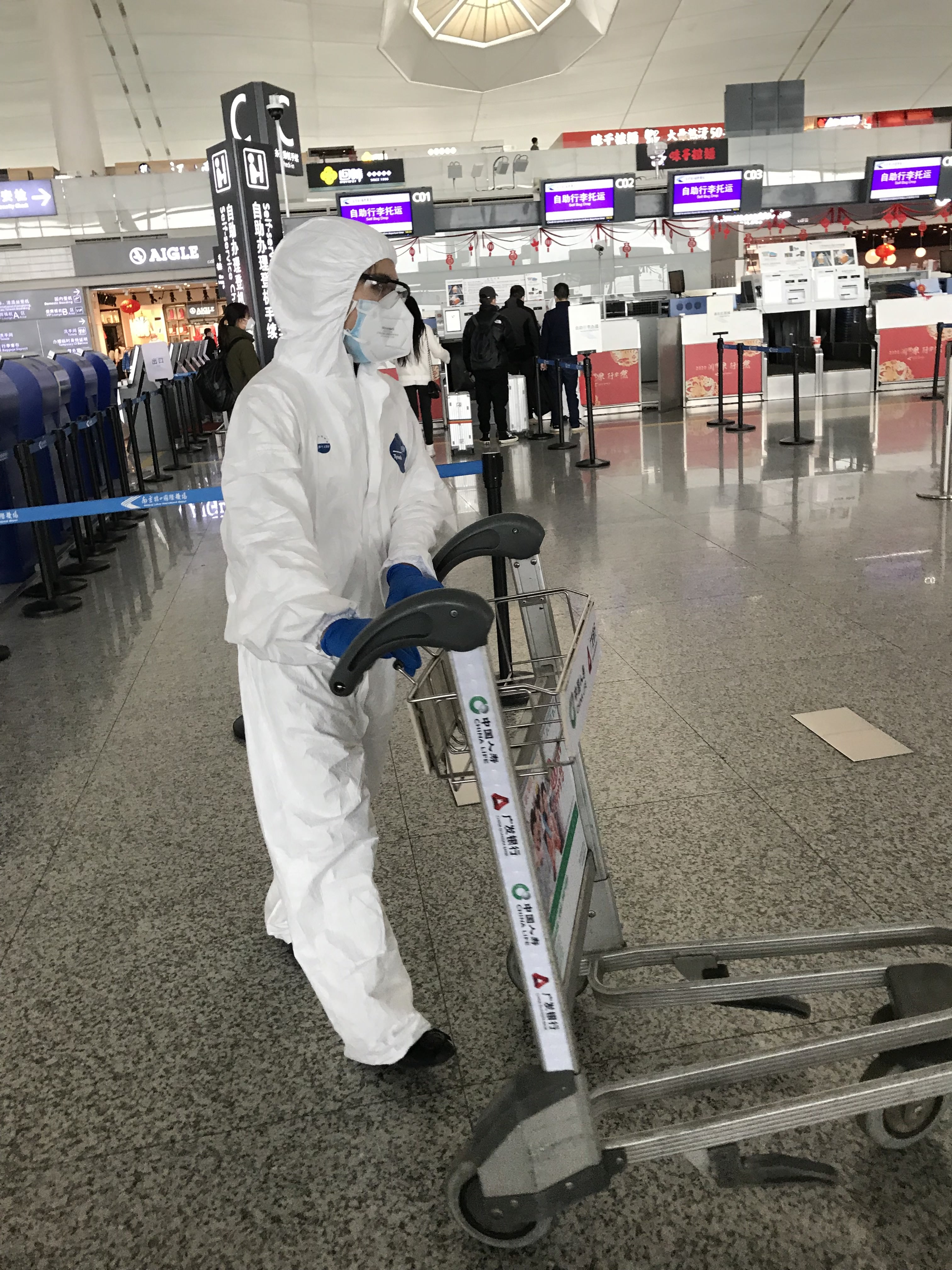 He changed his flight to February 4 only to be hit by the ban on anyone from China entering the United States. The news was announced in the United States on January 31 and set to be implemented on February 2 starting at 5 pm.

“We heard about it on February 1,” Zheng said. “There was not enough time to respond at all. Many classmates had already bought tickets for tens of thousands of yuan to quickly return to America. By the time I woke up, all the flights that arrived before February 2 were all sold out.”

“Friends who want to return to America, act quickly!!!!! Tickets will be impossible to get!!!!” A user with the monicker “Cold Americano Add Ice” said on February 1.

“My friends feed is full of photos of people crazily changing their tickets, buying return tickets for sky-high prices,” “Boston Elbe”, a student at Cornell, wrote. “So many people who returned home for the new year all returning to America in one-and-a-half days.”

Zheng’s circumstances are somewhat unique. Johns Hopkins University begins its spring semester later than most universities, and most students were already in the United States by the time the policy was implemented.

But Coronavirus has upended travel to and from China all around. Earlier, all of America’s international carriers had announced the suspension of all flights to China, along with British Airways, EgyptAir, and Lufthansa, while many other carriers were reducing frequency. China’s representative of tour agencies announced the cancellation of package tours abroad. Now multiple countries, including the U.S., the Philippines, and Singapore are blocking non-citizens who spent time from entering their respective countries. Other countries have increased scrutiny on travelers, blocked those who visited Hubei province, or put visa restrictions in place.

The biggest impact is on Chinese students studying in Australia. Australia also blocked all entries from non-citizens who had spent time in China. While the impact of America’s travel ban on students has been relatively limited, Australia’s travel ban comes right in the middle of their summer break. The new semester at most Australian universities begins around March 2.

Weibo is full of messages from students studying who originally purchased tickets to return to Australia in February who now have their flights canceled and their future study plans uncertain.

“Today I just found out that Australia banned Chinese people from entering,” one Weibo user wrote. “I just went to look at my February 24 return ticket to Guangzhou and discovered the Guangzhou to Brisbane flight was canceled?!”

So far, most European countries have not imposed bans on travelers originating from China. Neither has Canada, whose health minister, Patty Hadju, declared, “We've been following closely the recommendations of the World Health Organization,” which is to not ban travel.

Nanjing is not a major international hub. It did not have many direct flights to North America in the first place, so the suspensions and travel bans will not affect much here. On the afternoon of February 2, flights to Seoul, Osaka, Okinawa, Singapore, Phuket, and Taipei departed with few disruptions.

But its domestic flights were hit hard by cancellations Sunday afternoon. Close to one-fourth of its flights departing between 2 pm and 8 pm were all canceled, including three flights to Chongqing, which now has over 275 cases of coronavirus reported, one of the highest totals in the country.

As Zheng said, “Extremely many flights within China have been canceled.”

Unable to return to America, Zheng is taking classes online next semester. But his plan to get an OPT (Optional Practical Training) may have been upended. His visa was canceled, and he will have to apply for a new visa before returning for another semester.

“Now my biggest problem is I was originally going to graduate after summer semester. But if I take online courses this semester then graduate next semester, I would only have studied in America for two semesters, meaning I would not have satisfied the one-year requirement for an OPT,” he said.

Xu Haihua, who is also a master’s student of Applied Economics at Johns Hopkins University’s AAP program, has not been affected thus far, but she fears that if the ban continues too long it could prevent Chinese students currently enrolled from returning to China.

“Originally I was planning on returning to China during Spring Break. But if I return, I might not be able to enter America again. Furthermore, some classmates might receive invitations to interview with Chinese companies in the country. They might not be able to return,” she said.

Juncheng Li, a master’s student of Quantitative Economics at Johns Hopkins’ Krieger School supported the policy: “Although some people will be affected by it, from the big picture, it is the right move.” 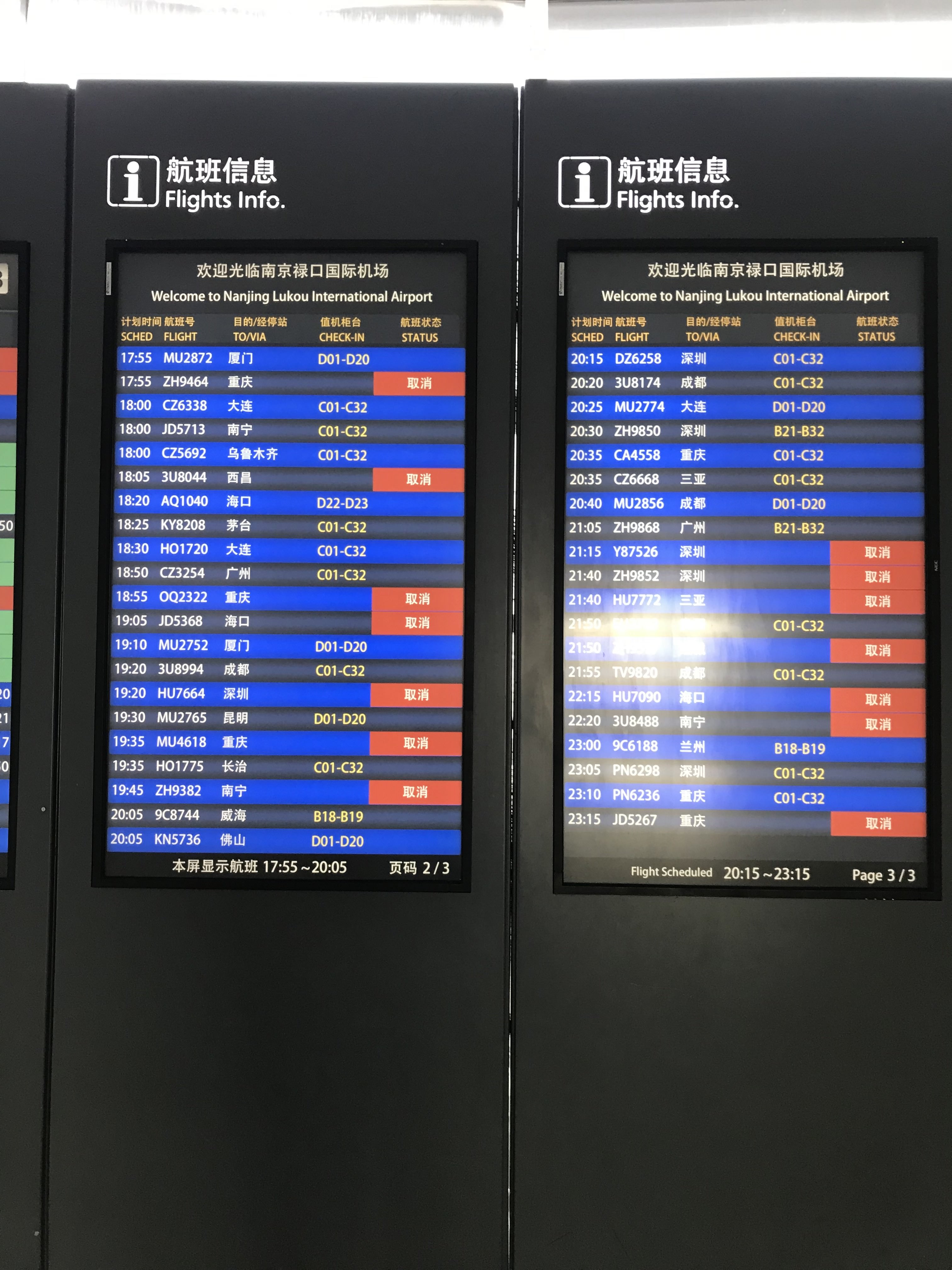 Meanwhile, Chinese travel agents are working overtime to deal with canceled flights and hotels, and taxi drivers are bemoaning lost revenue. Every tourist site is closed. Even “ancient-style streets” in Nanjing like Fuzimiao, the area surrounding the school where imperial bureaucrats used to study, and Laomendong are blocked off. 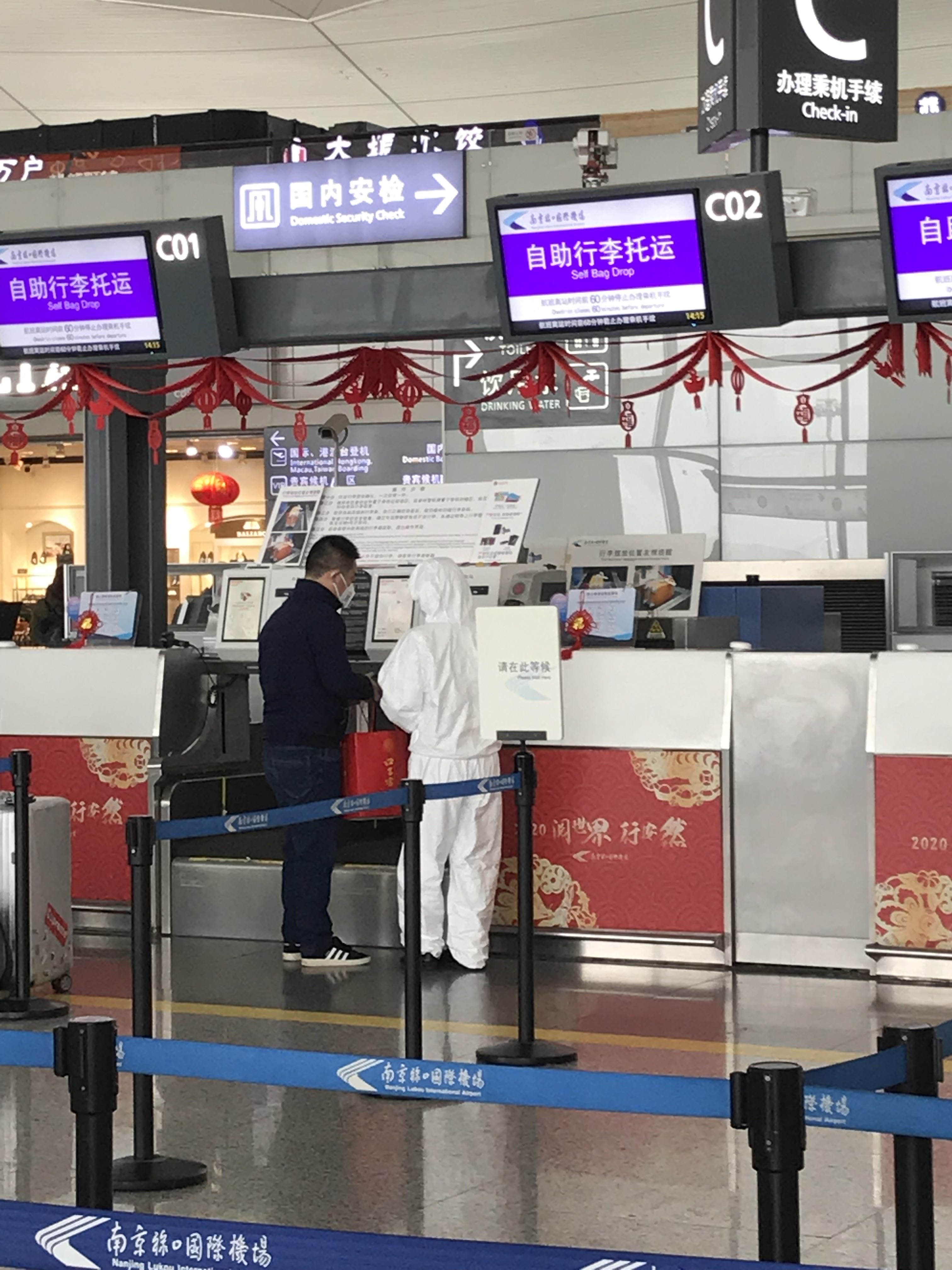 I walked right up to the front of the airport taxi line and got a cab with no wait. The only wait was at the checkpoint for the highway into the city. Personnel made sure every driver and passenger were wearing masks.

Currently based in China, Mitchell Blatt is a former editorial assistant at the National Interest, Chinese-English translator, and lead author of Panda Guides Hong Kong. He has been published in The Korea Times, Silkwinds magazine, and Areo Magazine, among other outlets. Follow him on Facebook at @MitchBlattWriter.