Coronavirus vs. the Flu: Which Is Worse? 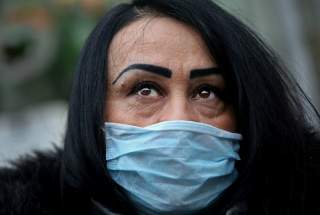 Every morning of late I wake up and hear a series of grim new statistics on the radio—the number of persons infected with COVID-19 (short for “coronavirus disease 2019”) and the number of deaths attributed to it.

The disease’s progression around the globe and its potential to continuously spread inspires a palpable psychic toll of dread and despair.

Yet homo sapiens have a difficult time evaluating the relative severity of threats to our lives. We are captivated by rare but novel diseases and shocking incidents such as terrorist attacks and airliner crashes while filtering out mundane dangers, even when they represent a threat several orders of magnitude greater.

Statistically, a swimming pool is over a hundred times more likely to kill you than an extremist with an online manifesto. And for years now, we have endured seasonal flu epidemics averaging higher annual death tolls than U.S. casualties in the entire Korean War.

Certainly, it’s sensible to be concerned about COVID-19 for reasons explained below.  Aggressive, proactive measures to contain its spread are justified despite their disruptive economic effects.

But understanding how we already cope with existing diseases can put our risks in perspective.

Routine but ever-evolving influenza strains kill between 290,000 and 650,000 persons annually across the globe. On average, each infection causes 1.3 other infections—a measure of disease contagiousness called R0.

In the United States, only 1 percent of those infected with influenza require hospitalization, and the disease proves fatal in .01 percent of cases, or one in every ten thousand persons infected.

While annual flu deaths in the United States tend to hover around 40,000 annually, factors both internal and external to the flu strains, such as weather or the effectiveness of flu vaccines, lead to significant variation in the number of deaths each year.  In 2017/2018, deaths surged to an estimated 61,000, for example, whereas only an estimated 23,000 died from 2015/2016 flu.

So how does COVID-19 compare?

Typical symptoms of COVID-19 include sneezing, coughing, fever, a runny nose and a sore throat. However roughly one out of every five infections escalates into more severe conditions with symptoms including pneumonia, breathlessness and even organ failure.

On the whole, each COVID-19 infection is significantly more likely to be fatal than a flu infection. Some studies place the mortality rate for infected persons between 1 and 2.8 percent. A March 3 briefing by the World Health Organization (WHO) claimed mortality rate as high as 3.4 percent but that figure may be inflated due to the authorities being more aware of only the most serious cases. Countries with broader testing COVID-19 testing regimes tend to report lower fatality rates.

Even a mortality rate of 1 percent, however, implies each coronavirus infection is a hundred times more likely to prove fatal than the seasonal flu. Deaths from the virus are also dramatically more common in those over the age of sixty.

Another worrying factor about COVID19 is its comparatively high transmission rate, with an estimated R0 of 2 or 3.

However, not all authorities appear to agree with that figure. The March 3 briefing by the WHO claims COVID-19  “does not transmit as efficiently as influenza, from the data we have so far. With influenza, people who are infected but not yet sick are major drivers of transmission, which does not appear to be the case for COVID-19.”

This may be because coronavirus is believed to primarily spread though airborne droplets—in other words, an infected person coughing or sneezing fluids which physically contact another person. Surfaces touched by infected fluids may also be contagious, though the virus’s longevity in such circumstances is unknown. Disposable face masks are worn by infected persons, or those living/working near them, can significantly mitigate (though not eliminate) risk of transmission. Healthcare workers tending COVID-19 patients are advised to use more sophisticated N95 masks.

All in all, coronavirus is apparently individually deadlier than the flu—but it hasn’t infected nearly as many people so far. However, the seasonal flu is a relatively known quantity that routinely peters out by the middle of the year, whereas the extent and duration of COVID19’s propagation remain hard to predict. Furthermore, vaccines are not yet available for coronavirus, though they are under development.

COVID-19 may have the potential to cause more deaths than seasonal flu but it has yet to do so. This explains the importance of efforts to curb and contain the disease’s spread before it can have that wider impact.

As for measures one can take on an individual level to minimize risk of exposure and transmission, the CDC’s recommended preventative measures include repeated washing of hands during the day for at least twenty seconds; avoiding touching one’s eyes, nose or mouth with unwashed hands; avoiding close contact with sick individuals; and staying home from work when sick.