Coronavirus: Where Did It Come From? 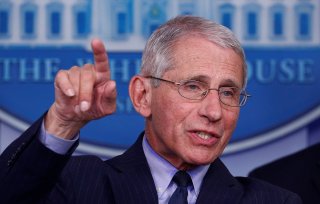 Coronavirus is the most searched story in Google trends history. As the pandemic has brought the world to a halt, the disease has dominated every headline, every news story, and almost every daily decision an individual makes. People are becoming more aware of the virus and its symptoms. But, scientifically, what exactly is the coronavirus, and where did it come from?

The proper terminology for coronavirus being used by doctors and medical professionals is COVID-19, which is a letter combination representing “corona,” “virus,” “disease,” and 2019, which is the year it developed. Even this name is a shortening of SARS-CoV-2, the first part of which stands for “severe acute respiratory syndrome.”

Broadly, a coronavirus is a disease that causes respiratory tract infections in both mammals and birds. Coronaviruses affecting humans have zoonotic origins. This current outbreak is believed to have originated in the wet markets of China, where animals of different species are kept alive in filthy conditions. The bacteria that these animals carry, including their feces, mingle and evolve. They are then passed onto humans, who proceed to pass it on to each other. The likeliest culprit is bats, which developed the original coronavirus over 55 million years ago. A possible middleman for the spread of the disease is pangolins, anteater-like animals that live in Asia. Both pangolins and bats are eaten in parts of China, sometimes alive.

The link between these animals and the disease they carry has been known for years. “The presence of a large reservoir of SARS-CoV-like viruses in horseshoe bats, together with the culture of eating exotic mammals in southern China, is a time bomb,” said a 2007 study published by the American Society for Microbiology. “The possibility of the reemergence of SARS and other novel viruses from animals or laboratories and therefore the need for preparedness should not be ignored.”

As recently as 2019, the University of Chinese Academic Sciences in Beijing published a research paper that warned: “it is highly likely that future SARS- or MERS-like coronavirus outbreaks will originate from bats, and there is an increased probability that this will occur in China.”

Once humans become infected, the coronavirus acts as a kind of viral pneumonia and is highly contagious. The first outbreaks, occurring in the Chinese province of Wuhan, were covered up by communist authorities as nothing more than regular pneumonia cases. Doctors at the time, who realized they were dealing with a novel strain of a virus, were silenced when they attempted to warn others.

The specific location where the virus is believed to have originated, the Huanan Seafood Wholesale Market, was closed on January 1, and in late February China announced a full ban on the trade and consumption of wild animals. Despite the official ban, however, wet markets in China continue to operate as normal.