Coronavirus: Why Clear and Consistent Messaging Will Save Lives 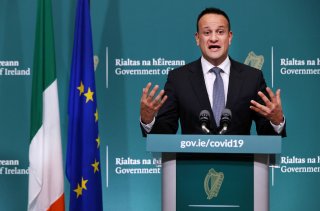 While the deadly coronavirus spreads rapidly in the United States, United Kingdom, France and beyond, several countries in Asia and Europe have flattened the curve or slowed outbreaks, including Ireland, Singapore and Hong Kong.

Testing and isolation practices in these places vary. But one strategy they share is using early and consistent public messaging to convince people to act in ways that prevent COVID-19 transmission.

I’m a public health expert who specializes in health behavior related to infectious diseases. Studies show that when officials are transparent and accountable to the public – explaining who is vulnerable in an outbreak, what is known and unknown about the disease and the steps necessary to control its spread – it enhances public trust.

But when health messaging is vague, inconsistent or unrealistic, it engenders the kind of confusion, misinformation and non-cooperation now seen in some of the world’s hardest-hit countries.

In Ireland, the prime minister appointed a communications expert to coordinate public messaging. Days after coronavirus first appeared on Feb. 29, every household had received a booklet by mail with simple information on symptoms and instructions for how to self-isolate.

Every night at 7 p.m., the Irish Health Minister Simon Harris briefs the public on cases and deaths, the stock of test kits and hospital bed availability. Harris has framed social distancing as a patriotic duty, and makes himself available on Facebook to answer questions.

Ireland’s postal workers are now checking in on the elderly while on their rounds, and delivering two postcards to every household that can then be mailed for free to loved ones.

As of April 8, there were 6,704 confirmed COVID-19 cases in Ireland. Infections in the country of 4.7 million were once projected to reach 15,000 cases by the end of March. Now Ireland won’t likely reach that peak until late April.

Singapore, where COVID-19 is spreading much slower than in the rest of the world, has been touted as a global model for coronavirus control for its excellent tracing of those potentially exposed and quick isolation of ill patients in hospitals.

A disciplined and strategic communications effort is another reason for Singapore’s success. Both politicians and health officials in Singapore have been openly communicating with the public throughout the entire coronavirus crisis, sending WhatsApp messages straight to residents’ phones and offering two-way chats with employers to answer policy concerns.

When anxiety about food shortages arose in early February, Prime Minister Lee Hsien Loong dispelled fears by reassuring people that they would have local access to household essentials and encouraging them not to hoard.

Together, these actions reduced fears, enhancing the public trust and compliance with strict social distancing. In early April, Singapore – home to 5.7 million people – had around 500 active COVID-19 cases and six deaths, though there are some signs of an uptick.

People in Hong Kong have experience with pandemics: In 2003, an outbreak of SARS – a respiratory illness not unlike COVID-19 that brings fever, muscle aches and diarrhea – killed 286 people and shut the city down for 12 weeks.

Many Hong Kong residents mistrust their government, but they support their public health workers, recent polling shows. So when coronavirus broke out in neighboring China in December and health officials raised the alarm, Hong Kong residents voluntarily adhered to social distancing, donned masks and stayed home from work.

Even the protesters – who demonstrated for months in 2019 against a pro-China government they view as anti-democratic – voluntarily left the streets.

Even without the kind of mass testing seen in success stories like South Korea, Hong Kong’s preventative measures had a significant effect. Two months after beginning social distancing in January, the coronavirus case curve on the island had flattened.

But on March 2, Hong Kong’s civil servants returned to their offices and travelers returned to Hong Kong. It was too early: Coronavirus cases soon resurged, with 759 new cases reported between March 13 and April 4.

The shelter-in-place order is now back in effect, and public spaces that had just reopened have shuttered.

Hong Kong is both a warning about easing up on social distancing too soon and a lesson in how government officials can adapt their recommendations as new containment challenges arise.

When I was conducting research on the Ebola outbreak of 2014 and 2015 in West Africa, I observed firsthand the dangers when officials bungle early communications about an epidemic.

Sierra Leone officials did communicate with the public about Ebola. But their messaging largely repeated that Ebola was real, explained how to avoid transmission, and reassured residents that with proper treatment they could survive it. That wasn’t enough.

Few government messages addressed popular health misunderstandings and fears, like the need for people who’d previously tested negative for the disease to re-test if symptoms developed. Nor did they explain why chlorine spraying at homes of suspected Ebola cases was necessary. The government was likewise slow to address how families could safely care for sick members without abandoning them.

As a result, Sierra Leoneans delayed taking up preventive behaviors. They were also reluctant to report Ebola cases, fearing – based on previous observations – that their loved ones would be taken away to die. So people with symptoms lingered in communities, spreading Ebola.

But none of these steps will work without a good communications plan.

In Sierra Leone, faith in public institutions was already low when people began to see Ebola kill many around them, including those taken to the country’s ill-equipped hospitals. This distrust persisted even after Sierra Leone’s treatment capacity improved with international assistance. It quite likely led to more deaths from Ebola.

But when the government stumbles in its health messaging, the death toll mounts.