Coronavirus Will Teach Us What a Threat Really Means 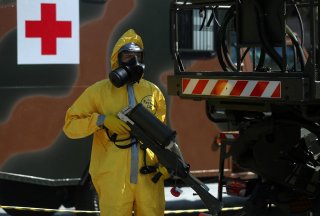 With the current COVID-19 pandemic, many people are fearful of one big thing – albeit an invisible thing — but this may in fact be the perfect time to look at how we are often overly afraid of certain dangers, and not scared enough by others.

It is with that idea in mind that Cato held a livestream event yesterday, “What Frightens Us? And Why? Threat Perception During and After COVID-19.” Panelists looked to answer questions such as: What explains public fears and the government’s response to them? To what extent does national security strategy shape public attitudes—or is it mostly shaped by them? And how will strategic planners prioritize the allocation of resources between traditional and nontraditional threats post–COVID-19?

Rose McDermott, a professor of international relations at Brown University, argued that a lot of threat inflation comes from overrated low probability risks and underrated high probability risks. Things like terrorism or great power wars are low probability risks, but are highly overrated in public perception and public policy. People feared a terrorist incident far more than a global pandemic, even if such a pandemic was much more likely — and ultimately more deadly. A lot of it comes down to humans being visual creatures. A terrorist attack is something that can be seen, and is highly traumatic, thus more fear‐​inducing; a virus that can be seen only through an electron microscope is generally misunderstood. The public will more readily dismiss fears of it, and policymakers won’t be rewarded for measures that might have stopped a pandemic from happening, or at least minimized its effects. As Eugene Gholz, a professor of political science at the University of Notre Dame, points out, public discourse in the United States has become so politically divided that its harder than ever for the public to distinguish what is a real threat and what has been inflated.

Today’s crisis is not a result of a “failure of imagination” or preparation, said Gholz, as there are just too many different possible outcomes to fully prepare for each and every one of them. He warned against getting trapped into a mind set of “You‐​Never‐​Knowism” — attempting to account for every potential threat, no matter how unlikely. Governments should be looking to the most realistic threats and investing resources into preventing or minimizing those, rather than playing into fears of grander, more visible threats that are, in reality, remote possibilities. As Chris Preble said in his opening remarks, the last time the United States engaged in a “better safe than sorry” war, we ended up in Iraq for almost 2 decades, costing trillions of dollars, and the lives of thousands of American, and hundreds of thousands of Iraqis.

COVID-19 presents an opportunity for the public and policymakers to reevaluate what is important. We should strive for an accurate perception of threats to our health and safety, and aim to ensure that resources are being directed where they are most needed.

You can see the event in full below:

This article by James Knupp and Christopher A. Preble first appeared in CATO on April 4, 2020.