Could The A-10 Warthog Be America's Best Made Military Weapon--Ever? 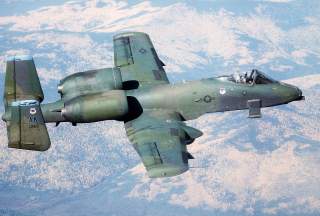 Key point: The A-10 has served in most of America’s post–Cold War conflicts, from the Balkans to Afghanistan.