Could America Stop a North Korean Nuclear Weapon Headed for the Homeland? 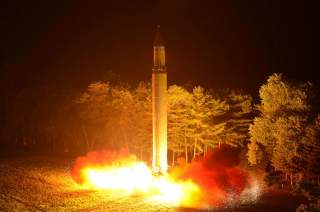 (This first appeared in The Daily Caller here back in late 2017.)

What Would Be The Post-Launch Reaction?

Many people assume that in the event that North Korea carried out a nuclear strike, successful or not, the U.S. would use nuclear weapons to turn the North into a crater.