Could America's Army Hope To Win Against One Million North Koreans? 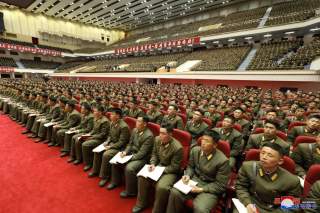 Key Point: Though technologically backwards for the most part—in the event of war—the North Koreans could inflict severe damage to South Korea and the U.S. forces stationed on the peninsula.

This piece was originally featured in April 2019 and is being republished due to reader interest.