Could America's Wealth Inequality Be Overhyped? 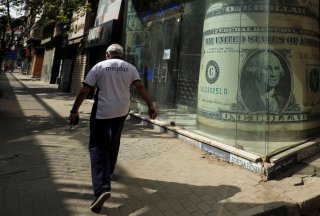 How rich are the richest Americans? Perhaps not as rich as you think, at least if you’re the sort of person who obsesses about such things. If you are that sort of person, then you probably know the share of wealth held by the top 0.1 percent of families, according to economists Emmanuel Saez and Gabriel Zucman, is nearly as high as in the late 1920s, when “‘The Great Gatsby’ defined an era that rested on the inherited fortunes of the robber barons of the Gilded Age.”

Specifically, Saez and Zucman find the share of total household wealth owned by the top 0.1 percent surged to 22 percent in 2012 from 7 percent in the late 1970s. But there are alternate estimates, such as a new one from Princeton’s Owen Zidar, Chicago Booth’s Eric Zwick, and Treasury’s Matt Smith. They find the increase in wealth among the top 0.1 percent over the past 40 years is half as large as previous estimates, like those from Saez and Zucman, would indicate — a rise to 14 percent in 2016 from 7 percent in 1978.

More from the paper “Top Wealth in America: New Estimates and Implications for Taxing the Rich”:

While this rise is half as large as prior estimates, wealth is very concentrated: the top 1% holds nearly as much wealth as the bottom 90%. However, the “P90-99” class holds more wealth than either group after accounting for heterogeneity. Private business and public equity wealth are the primary sources of wealth at the top, and pension and housing wealth account for almost all wealth of the bottom 90%.

One implication: It could be harder than previously thought to raise lots of dough by “taxing the rich”. For example: A graduated wealth tax — a 2 percent tax on wealth above $50 million and a 1 percent surtax on wealth exceeding $1 billion — would raise $117 billion in 2016 versus $207 billion using previous estimates and assuming no behavioral response.