Could China's Mighty Nuclear Submarines Pull Off A Blockade of India? 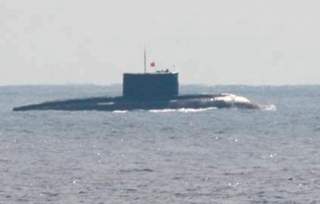 India is growing increasing concerned about China’s submarine deployments in the Indian Ocean, as Beijing ramps up talk of being able to blockade India with nuclear submarines.

Zachary Keck is former managing editor of The National Interest. You can find him on Twitter: @ZacharyKeck.