Could A Chinese Surprise Attack Beat The U.S. Military? 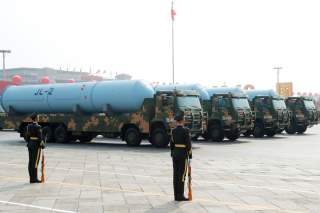 Key point: In the event of war with the United States over disputed Pacific territories, Chinese forces likely would attempt to neutralize forward-deployed U.S. forces in Japan and Guam and at sea.