Could the Coronavirus Create an Italian Debt Crisis (And Destroy the Euro)? 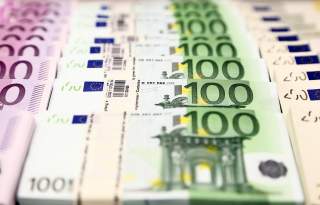 In 2012, as Italy’s sovereign debt crisis threatened to tear the Euro asunder, the then European Central Bank (ECB) President Mario Draghi successfully rode to the rescue. He did so by famously saying that the ECB would do whatever it took to save the Euro.

Today, as the coronavirus epidemic chooses Italy as its European epicenter, Christine Lagarde, the ECB’s new president, is hoping to repeat Mr. Draghi’s feat. She is trying to do so by renewing his pledge to have the ECB continue doing whatever it takes to keep the Euro intact.

For the sake not only of Italy but also of the world economy, one has to hope that Mrs. Lagarde will succeed in meeting her daunting challenge. This is especially the case considering that Italy’s large public debt mountain and the European banking system’s high Italian debt exposure makes Italy of systemic importance to the world economy.

It is doubtful, however, whether Madame Lagarde’s ECB can rescue Italy on its own without the wholehearted support of the rest of the international community.

In the wake of the coronavirus shock, there can be little room for doubt that Italy is headed for another round of its sovereign debt crisis. Even before the coronavirus epidemic struck, the Italian economy was in recession, its public debt burden was the second-highest in the Eurozone after Greece, and its banking system was anything but sound.

If the coronavirus shock to the rest of the European economy will be severe, it is likely to be all the more devastating to the Italian economy. Not only is the entire country now on lockdown thereby restricting its workforce from getting to the workplace. Its tourist sector, which accounts for as much as 6 percent of the country’s economy, is in tatters as foreign visitors cancel their summer travel plans.

It also does not help that Italy’s European partners too are now likely to experience deep recessions or that, stuck within a Euro straitjacket, Italy does not have the monetary or exchange rate policy tools of its own to cushion its economy from the coronavirus shock.

Conservatively it would seem that Italy’s economy is likely to decline by at least 5 percent in 2020. Indeed, JP Morgan is now projecting that the Italian economy will contract at annualized rates of 10 percent and 14 percent in the first and second quarters of this year, respectively.

If the Italian economy were to have a deep economic recession, one must expect that the country’s budget deficit will balloon and its public debt will rise to more than 140 percent of GDP by year-end. One must also expect that its troubled banking system’s non-performing loans will increase at a rapid pace.

Were Italy to have a full-blown sovereign debt crisis this summer, the ECB would have little real alternative but to try to save the country. After all, being a founding member of the Euro and the Eurozone’s third-largest member country, the Euro could not survive without Italy.

The real question is whether the ECB will have the political will to pony up the vast sums of money that an Italian bailout would entail. Put differently, the real question is whether Madame Lagarde will manage to persuade her reluctant German and Northern European masters to allow the ECB to lend to Italy on the scale required to keep Italy afloat.

The trouble is that the size of a prospective Italian bailout would be daunting. With an outstanding government debt of around US$ 2 ½ trillion and an increased budget deficit on account of a deep recession, Italy’s government could need up to US$500 billion of public support in each of the next two years. At the same time, Italy’s troubled US$ 4 trillion banking system could require a huge amount of ECB financial support were Italian depositors to take flight.

In 2010, the Greek sovereign debt crisis sent shudders through the world economy. How much more so would be the case in the event of an Italian debt crisis considering that Italy’s economy is around ten times the size of that of Greece? Madame Lagarde might want to keep reminding her G-7 counterparts of this fact in an effort to get them to join her in building international support for an Italian economic stabilization program.