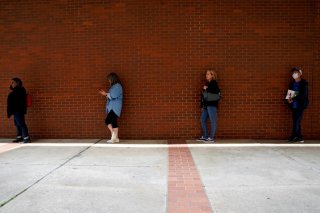 The $2 trillion CARES Act enacted on March 27 provides laid off workers an extra $600 per week through July, on top of existing state unemployment benefits that average roughly $372 per week. In effect, that means the average American worker making less than about $24 an hour stands to receive more in unemployment checks in the coming months than in prior or likely future earnings. An article in this morning’s Wall Street Journal (“Companies Cite New Government Benefits in Cutting Workers”) discusses an unintended consequence of this emergency measure — how bigger unemployment benefits may be encouraging more layoffs:

When Equinox had to start furloughing some employees at its chain of upscale fitness clubs, Executive Chairman Harvey Spevak had a surprising message to stakeholders. “We believe most will be better off receiving government assistance during our closure,” he said in an email. The company said the majority of employees remain on its payroll.

Equinox joins a number of companies, including Macy’s Inc. and Steelcase Inc., that are citing the federal government’s beefed-up unemployment benefits as they furlough or lay off staff amid the coronavirus pandemic. The stimulus package is changing the calculus for some employers, which can now cut payroll costs without feeling they are abandoning their employees.

“I’m getting a lot of calls from clients wondering why wouldn’t I do this if my employee can make as much or sometimes more not working, and I don’t need them and can cut that cost,” said Christine Lamb, a Denver-based employment attorney from Fortis Law Partners. “I’ve received a ton of calls of clients wondering if it’s a win-win.”

House Speaker Nancy Pelosi last week called for extending the $600 per week supplements for an additional two months — through the end of September — in a possible fourth economic recovery bill that Congress is expected to assemble in the coming weeks. Speaker Pelosi stated, “Let’s take it to six [months] for the unemployment so that people have that confidence…Hopefully they don’t need it, but they have that confidence.”

The $600 supplement proceeds from a well-meaning desire to “make people whole” as the economy is temporarily shut down due to the coronavirus crisis. That’s a good intention, but Congress needs to recognize the unintended consequences of this policy for workers and the economy, too.  As the Wall Street Journal piece highlights, that is already becoming evident, and it may become even more problematic over time, including once it is safe for the economy to reopen.

This article by Matt Weidinger first appeared in AEIdeas.