Could ISIS Use the Coronavirus To Attack the West? 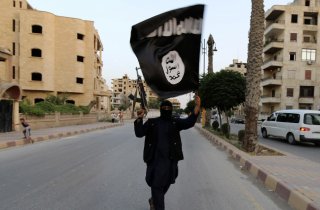 The Islamic State, also known as ISIS, says that it could take advantage of the worldwide coronavirus crisis to “escalate” its attacks.

The novel coronavirus disease has paralyzed governments around the world and sent the global economy spirally. ISIS, an apocalyptic Islamist group whose territorial statelet was defeated last year, wrote in a new editorial that it sees opportunities to rise up again in the worldwide chaos.

“The last thing [Westerners] hope for is that their difficult time coincides with the [Islamic State]’s soldiers’ preparations for new strikes similar to the strikes in Paris, London, and Brussels,” the militant group wrote in the latest issue of al-Naba, its propaganda magazine. “Therefore, they are trying to reduce the ability of the holy warriors to attack them inside their Crusader countries or escalate military operations against them and their apostate proxies in Muslim countries.”

The article, entitled “The Worst Nightmare of the Crusaders,” pointed out the dramatic economic effects that the coronavirus pandemic has had on Western countries, as well as the damage to “security and medical institutions.” It calls on ISIS members to protect themselves from the coronavirus, but also “liberate” Muslims from Western prisons.

The Islamic State has previously said that the coronavirus, which first emerged in China, was a divine punishment for the Chinese government’s mistreatment of Uyghur Muslims. The militant Sunni Muslim group has also blamed Iran’s Shi’a Muslim “idolatry” for invoking God’s wrath.

The U.S.-led coalition defeated the Islamic State’s last stronghold in Baghouz, Syria on March 23, 2019. Lt. Gen. Robert P. White, commanding general of the coalition, said that U.S. “partners are taking the fight to the remnants of [ISIS] independently and preventing [ISIS]’s resurgence” in a statement on the one year anniversary of the Battle of Baghouz.

The International Crisis Group, however, warned that “ISIS can better organise and execute resource-intensive, complex attacks, at substantial human cost” if security conditions worsen, according to a recent report by the non-profit think tank.

Iraq, where the Islamic State first emerged, is facing a potential war between the United States and Iran on its soil.

Such a war would drain resources from the counter-ISIS fight, White warned in a leaked memo last week.