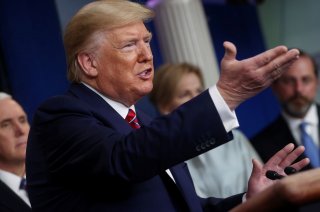 At lunchtime today, President Trump discussed the possible use of chloroquine, one of the oldest malaria medicines, to treat COVID-19.

Part of the reason that demographers speculate that malarial treatments might work is because there are few instances of identified COVID-19 in malarial countries. But this association is weak. First, malarial countries are warmer and more humid, which the virus doesn’t like. Second, they have poor health systems, so even if there were COVID-19 cases, they wouldn’t be reported. And lastly, health authorities tend to over-report malaria, deeming most cases of fever as malaria. So even if there were COVID-19 cases, they would be reported as malaria.

But that doesn’t mean that some anti-malarials, especially chloroquine, might assist in defeating the coronavirus. It would be wonderful if chloroquine worked because it is incredibly cheap and within normal concentrations well tolerated by patients. Sampling medicines in India in 2009, I found that one could cure eight kids with malaria for $1. A treatment pack of chloroquine was as cheap as 12 cents.

What is the scientific basis for the belief that chloroquine might work? In the journal Antiviral Research, two researchers nicely analyze most of the available evidence.

The in vitro evidence discussed and the 100-person sample from China is interesting, but without the original data, which China has not released, I remain skeptical that chloroquine will be highly effective against COVID-19. But even if it helps a minority of patients, that is surely useful enough, especially given how cheap and well tolerated it is.

This article by Roger Bate first appeared in 2020  on the AEI Ideas blog.