Could This Old School Gun Be Better than a Glock? 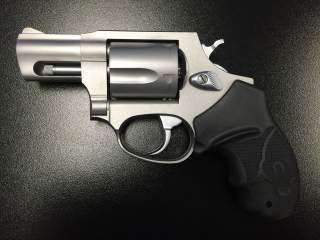 Both the .38 Special and the 9mm enjoy popularity among civilians (which to me is really the only measure of popularity that counts — that is to say, the 9mm’s popularity among LEOs and the military shouldn’t count for anything). Thus, both calibers are widely available in any country where civilians are still allowed to own firearms.

These days though, revolvers aren’t getting the love they deserve anymore. Most people prefer compact, high-capacity, polymer semi-auto pistols like Glocks and SIGs and Smith & Wesson M&Ps, to name a few, and more and more of these are getting manufactured each year thanks to their popularity in the military and law enforcement (it’s common knowledge among enthusiasts that all the firearms the military adopts quickly become popular among civilians).

In stark contrast, fewer and fewer revolvers in general (and those chambered for the .38 Special in particular) are getting manufactured. In the US, there are only four firearms manufacturing companies actively competing in revolver sales: Smith & Wesson, Ruger, Taurus and Charter Arms (compare that to hundreds of companies that manufacture plastic autoloaders).

Kimber recently jumped into the fray with their CCW-oriented .357 Magnum-chambered K6s, and Colt also recently revived their Cobra line of .38 Special-chambered snub-nose revolvers, but that’s pretty much it. We’re now at the point where the wheelgun market is practically just a niche market — slowly but surely, revolvers are becoming a thing of the past.

And as such, demand for the .38 Special is on a steady decline. Demand dictates supply, so less ammo is getting manufactured. As supply in turn dictates price, .38 Special per-round price can go as high up as double that of the 9mm’s (even higher depending on how much of a particular brand ammo is in stock).

Lucky Gunner has some good bulk ammo deals online — their lowest priced 9mmammo cost 14.9¢ per round while their cheapest .38 Special ammo cost 25.5¢ per round. It’s also pretty much the same story with BulkAmmo.com and AmmoGrab.com.

One interesting thing to think about when it comes to comparing handgun calibers is the concept of caliber conversion. For this particular comparison, the possibility of buying a handgun that can be converted to shoot a totally different caliber is another thing that makes choosing the 9mm over the .38 Special more appealing.

A revolver chambered for the .38 Special can safely chamber and shoot only that caliber. Older revolvers and even some newer but cheaply made .38 Special revolvers (like those manufactured by companies like Rock Island Armory) cannot use overpressure .38 Special +P ammo because of their weak metallurgy and brittle cylinder/frame material (e.g. alloy or aluminum).

While technically, the .357 Magnum is a .38 Special (just one that’s on steroids) being it’s essentially the same cartridge (only differences are it can push the same .357-inch diameter bullet at much faster velocities and its longer case is rated for twice the SAAMI pressure the .38 Special can handle: 35,000 psi, coincidentally the same SAAMI spec as that of the 9mm’s), as far as revolver prices a .357 Magnum revolver isn’t a .38 Special revolver.

But strictly speaking, all .357 Magnum revolvers are .38 Special revolvers. As a dual-caliber shooting platform, it works well for a lot of people. But me personally, I’d rather buy a cheap revolver to shoot .38 Special rounds in it because I don’t see the point in buying a powerful revolver only to shoot weaker ammo in it.

Some people say it’s great for target shooting, but in my experience, cleaning a .357 Magnum revolver after firing boxes of .38 Specials in it can be a real pain. This is why I bought a Rock Island Armory M206 even when I already have a Taurus M689.

I’ve heard that some people ream the cylinder of stronger .38 Special revolvers (mostly Rugers and older Smiths) while others install a stronger cylinder to accept higher-pressure magnum rounds. But converting a weaker revolver to shoot a more powerful cartridge is generally considered unsafe. If you want to try it, do it at your own risk — we cannot be held liable in the event of a catastrophic failure. You’ve been warned.

VERSATILITY: THE REAL ACE IN THE HOLE

In contrast, quality 9mm semi-auto handguns can safely chamber and shoot overpressure 9mm +P and +P+ rounds (you’d still want to consult your manual just to be on the safe side). But wait, there’s more!

If you have a 1911 chambered for the 9mm, you have the option to buy a drop-in .38 Super barrel and just switch barrels. The .38 Super is an old handgun caliber about as powerful as 9mm +P+ but without the excessive pressure.

Another interesting conversion option for 9mm-chambered 1911s is to ream the chamber to shoot the 9×23 Winchester, which is another powerful .35 caliber semi-auto handgun cartridge that rivals and even exceeds the .357 SIG as far as ballistics but at a smaller footprint, allowing for more rounds in the mag.

A word of caution though: the 9×23 Winchester operates at SAAMI pressure ratings of up to 55,000 psi — if you’re not sure whether your 1911’s chamber can handle such pressures, just buy a drop-in conversion barrel.

Also, if you own (or you’re planning to purchase) a Glock 19, you might want to look into the .960 Rowland conversion. Developed by Johnny Rowland, Gun TV pioneer and creator of the .460 Rowland, it is one promising conversion concept.

The .960 Rowland attempts to mimic true .357 Magnum ballistic performance in a Glock 19 using the custom 6-inch ported barrel that comes with the kit and the new cartridge Johnny designed which uses slightly longer brass (about the same size as that of the 9×23 Winchester, with the loaded cartridge’s overall length being the same as that of the 9mm’s).

But it only came out in late 2014 and the conversion kit is currently only available for Glock 19 pistols. If it becomes popular, I imagine Johnny will come up with conversion kits for other 9mm semi-auto handguns on the market, the same thing he did with his older, more successful .460 Rowland offering.

This section shows yet another win for the 9mm. There might be more than a thousand non-semi-auto handguns chambered for the 9mm so I wouldn’t bother listing them all. But I know that the following submachine guns are available in 9mm for military use:

In addition, with pistol-caliber carbines being all the rage among gun enthusiasts in the past couple of years, there are a lot of carbines chambered for the 9mm. Again I wouldn’t list them all because there’s just too many of them, but if you’re in a hurry, here’s a list of some of the more common 9mm semi-auto carbines:

Unfortunately for the .38 Special, there are only two non-revolver-type firearms I know that can chamber and shoot it. These are the Model 1866 rifle manufactured by Uberti in Italy and imported by Navy Arms, and the full-size Coonan 1911-style .357 Magnumpistol which shouldn’t really count (because it is primarily chambered in .357 Magnum) but it functions flawlessly with .38 Special rounds. Note that the Coonan compact version is .357 Magnum-only.

There are currently no other rifles or carbines chambered for the .38 Special, though if you really want to shoot it in anything other than a revolver or the Coonan handgun, you can purchase a rifle chambered for the .357 Magnum. Most of .357 Magnum rifles should chamber and shoot the .38 Special with no problems but check with the manufacturer first before you even try.

Just as a quick disclaimer of sorts, I’m not a 9mm fan. As I’ve expressed many times in many of the articles I’ve written, my go-to handgun calibers have always been the .357 Magnum and the .45 ACP. However, I respect all calibers’ potential to maim, incapacitate or even kill a bad guy when innocent people’s lives are threatened.