Could Pakistan Defeat India in a Ground War? It Won't Matter Thanks to Nuclear Weapons. 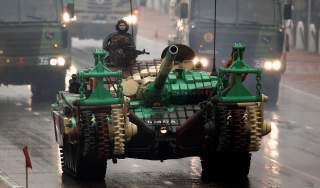 This first appeared in 2017 and is being republished due to reader interest.