Could Russia and China Ever Work Together to Build Nuclear-Powered Aircraft Carriers? 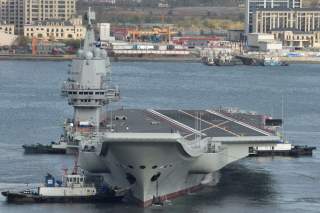 Key point: Moscow and Beijing may be closer than in previous years, but that doesn't mean the political will and money exists to co-build nuclear-powered carriers. Besides, Russia needs carriers more badly than China and Beijing is quickly learning how to build better and better flattops.