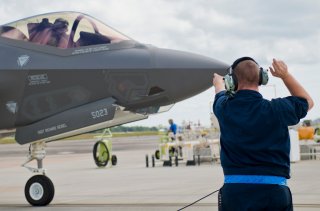 Here's What You Need To Remember: While the Russians—and the Chinese—have not yet cracked the problem, it is clear that stealth is becoming much less of an advantage over time, though perhaps no less expensive an acquisition. Eventually, Moscow will find a solution to the stealth problem as the cyclical struggle between offense and defense continues ad infinitum—it’s just a matter of time.