Could Social Security Reform Arrive in the Next Congress? 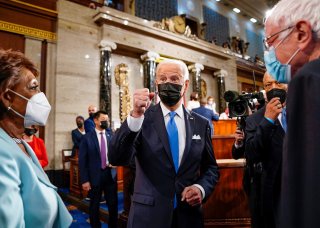 The Social Security Administration’s report last August that Social Security will run out of the ability to pay full benefits in 2034 — a year earlier than previously forecast — drew a great deal of media attention, but didn’t lead to much public reaction from political leaders.

The White House’s legislative agenda did not include Social Security reform in any big way. While Rep. John Larson (D-Conn.) introduced legislation called Social Security 2100: A Sacred Trust, it has not yet received a committee vote, nor the endorsement of the White House or Congressional leaders.

Larson gave an interview this week with The Intercept which looked at the question of why the Democratic Congressional leadership hasn’t moved forward with his legislation. That article said that Larson’s framework would likely have difficulty getting through the Senate because rules forbid the use of reconciliation for bills that make any changes to Social Security.

Another recent report from Roll Call looks at the direction Social Security reform might take, although not until the next Congress. The report says a bipartisan group of Senators has discussed a package of Social Security fixes that could emerge as a compromise in the event of a Republican takeover of one or both houses of Congress this November.

Should the Republicans win back one or both houses of Congress, it would lead to a divided government in Washington. That would require at least some bipartisan cooperation to pass budgets, military authorizations, and other necessary legislation.

Manchin said in a recent interview with a radio station in his home state of West Virginia that he favored getting rid of the current payroll tax cap for Social Security benefits. “You can't just say, well, if you make less than $400,000 we're not going to raise anything,” Manchin said in that interview, referring to the President’s pledge to not raise taxes on those making less than that amount. “The bottom line is, you know, we should be taking the cap off, increase that so we have the financial stability.”