Could We Sue China Over Its Coronavirus Coverup? Missouri Is. 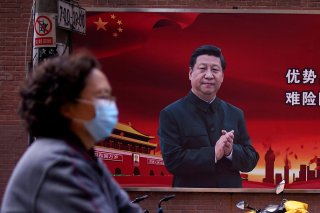 The devastation caused by the COVID-19 pandemic is compounded by the possibility—some would say likelihood—that it could have been averted or its impact mitigated.

If, for example, China failed in a timely manner to disclose the threat of the new coronavirus or misrepresented its cause or severity, there could be political or economic consequences.

But could China actually be sued by COVID-19 victims? Missouri appears to think so and filed suit in federal court Tuesday.

Suing a government is different than suing private individuals or companies. The first, and biggest, hurdle is the legal principle, often called sovereign or state immunity, that a government cannot be sued without its consent.

In the U.S. Constitution, this principle is the basis for the 11th Amendment, which prohibits lawsuits in federal court “against one of the United States by Citizens of another State, or by Citizens or Subjects of any Foreign State.”

Sovereign immunity, however, is not absolute. A government can give its consent to be sued in certain circumstances or can waive its immunity in different ways.

Congress enacted the Foreign Sovereign Immunities Act (FSIA) in 1976 to clarify the circumstances in which a foreign government can be sued in American courts.

China, therefore, can be sued by COVID-19 victims only if the suit fits within one of the exceptions in the Foreign Sovereign Immunities Act.

On April 21, Missouri filed suit in U.S. District Court against the People’s Republic of China, several Chinese government entities, the Wuhan Institute of Virology, and the Chinese Communist Party.

Missouri alleges that China misled the World Health Organization about the nature of the coronavirus that causes the disease COVID-19, allowed it to spread, delayed reporting evidence of human-to-human transmission, and even censored information about it.

Those actions, Missouri says, allowed the virus to spread rapidly around the world, into the United States, and into Missouri. The lawsuit claims that these actions violated Missouri law and harmed Missouri residents.

Second, the Foreign Sovereign Immunities Act’s “noncommercial torts” exception covers tortious acts by a foreign state or foreign official “acting within the scope of his office.” This exception, however, does not cover “discretionary” government functions. Missouri claims that China’s actions in China amount to torts in Missouri.

Missouri claims that the Chinese Communist Party is not entitled to any immunity because it “is not a foreign state or instrumentality of a foreign state.” At the same time, the lawsuit claims that “the Communist Party’s General Secretary becomes the president” of China and that the party “exercises direction and control over all other Defendants.”

None of the allegations in the complaint are specific to the Chinese Communist Party and, therefore, it is unclear what Missouri seeks from the party separately from the government of China.

In a related effort, some members of Congress have introduced legislation to provide a clear Foreign Sovereign Immunities Act exception that would allow lawsuits against China by COVID-19 victims.

On April 14, Sen. Josh Hawley, R-Mo., announced the Justice for Victims of COVID-19 Act. According to a press release from Hawley’s office, it would make the Chinese government liable in U.S. courts for reckless actions that caused the pandemic, allow U.S. courts to freeze Chinese assets to enforce successful claims, and create a State Department task force to lead “an international investigation” to determine how Chinese actions caused the pandemic.

The bill would amend the Foreign Sovereign Immunities Act to allow a lawsuit against a foreign state that deliberately conceals or distorts information with respect to an international public health emergency.

Either of these, litigation or legislation, is a long path. The courts may conclude that the Foreign Sovereign Immunities Act’s current exceptions do not apply and, therefore, U.S. courts have no jurisdiction for a lawsuit against China.

Even if jurisdiction is established, either initially or after successful appeals, the merits of the lawsuit itself would have to be pursued through the court system. And then, if COVID-19 victims win their case, forcing China to actually provide the compensation the victims seek presents its own set of challenges.

The legislative effort is even longer, especially in the current political environment. Neither Crenshaw nor Cotton serve on their respective bodies’ Judiciary committees, which would have jurisdiction over their bills.

The COVID-19 pandemic is in full swing, and information about China’s actions is only beginning to unfold. There likely would be extensive hearings, and Congress no doubt will consider the possibility of sparking legal developments that could increase legal exposure in other countries for the United States or its citizens.

And even if either bill became law, it would only open the door to litigation.

Nonetheless, the American people need to know how China contributed to the pandemic that is so deeply affecting everyone and what can be done to hold Beijing accountable.

This article by Thomas Jipping first appeared in The Daily Signal on April 4, 2020.