Crashing Oil Prices: Do They Help or Hurt the U.S. Economy? 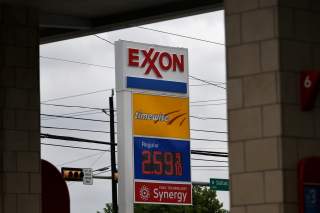 An often overlooked piece of the U.S. economy is the oil patch, which is a true comeback story of shale and U.S. energy independence. The oil industry is also a deeply intriguing piece of economic history that deserves a deeper look. But this article is going to poke a bit of a hole in that narrative, though.

The U.S. shale patch never actually recovered the jobs lost from the last boom. When the Federal Reserve tightened its quantitative easing up in 2014, the U.S. dollar went parabolic and oil prices collapsed from over a hundred dollars a barrel to the mid-twenties. Reasonably, employment in the sector plummeted (with a lag) to the price of oil. Sure, oil prices eventually found some footing. However, employment never really did. Certainly, there was some movement off the bottom, but not much.

Today there will once again be trouble in the oil patch, but there are not as many workers to suffer. This is because the bubble was never reflated. If the bubble had reflated, the consequences for the U.S. economy would be much different. Without the euphoria and people in the path, the skew of lower oil prices is toward marginal economic benefit, not pain.

To that point, inflation expectations and the U.S. 10-year yield are lower by about the same amount. Hence, the move lower in yields makes sense. It should also be noted that yields will react to oil in both directions. When it rains, it pours.

All of this is worth keeping in mind when assessing the current environment. The United States never reflated the shale bubble. The job losses are unlikely to be as dramatic or deep as the 2015-2016 episode. (And—to be clear—Houston survived the last collapse.) Moreover, lower yields are not a signal of recession odds moving materially higher. Today’s lower yields are a signal of the deflationary pressures from lower energy prices.

Meanwhile, U.S. consumers will have another tailwind in low energy prices. With consumers already doing well, this should allow for a further accentuation of the trend. Housing is likely to benefit as well as construction input costs fall and yields plumb ever-new lows.

The shock is not going to be fun for the shale patch, but it is unlikely to cripple the U.S. economy. The evidence points toward a modest tailwind. The Fed will need to engage in further easing given the collapse of inflation expectations and credit tightening—creating a further tailwind to the United States on the other side of the COVID-19 shock. This dictates about a half-point and some balance sheet maneuvering—likely a “twist” from short to long.

Taking it all together, there was little oil and gas investment expected in 2020. This shock makes that a reality. There is no true shale employment bubble. Lower yields and lower energy prices are a tailwind to all-important U.S. consumers. If anything, recession odds have marginally declined, not increased.