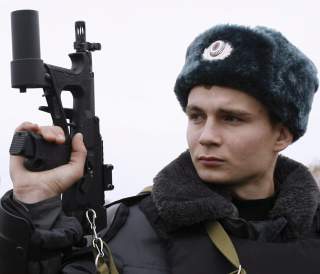 The U.S. Department of Justice on Feb. 18 announced the arrest in Miami of a man being charged with acting on behalf of a foreign government without registering with the U.S. attorney general's office, and conspiracy to do the same. According to the criminal complaint, the accused, Hector Alejandro Cabrera Fuentes, is a Mexican citizen who resides in Singapore where he works at the National Heart Institute.

According to Cabrera's LinkedIn profile, he reportedly attended Kazan State University in Russia, where he studied microbiology and molecular biology. He also claims to be a postdoctoral research associate at Justus-Liebig University in Germany and listed himself as president of an organization called the Mexican Global Network in Singapore. Cabrera reportedly is married to a Russian woman, although he also appears to be legally married to the Mexican woman who was with him at the time of his arrest.

According to the criminal complaint, in February 2019, Cabrera's Russian wife, who had been residing in Germany, traveled back to Russia to handle some administrative tasks regarding her identification documents. After completing this transaction, she was not permitted to leave Russia. Cabrera traveled to Russia in May 2019 to see his family. Upon his arrival, he was contacted by a man he had met previously in group settings at conferences and meetings and who he knew was a Russian government official. The officer asked Cabrera to travel to Moscow to meet with him. During this meeting, the Russian intelligence officer reportedly offered to help Cabrera get his Russian wife and her daughters out of Russia if Cabrera "helped" him by performing some tasks for him.

From this sequence of events, as described in the complaint, it is clear that the Russian intelligence officer had previously spotted Cabrera and assessed him to be a viable potential agent. Detaining Cabrera's Russian wife inside Russia provided the Russian intelligence officer with significant leverage over Cabrera that he was then able to use in his recruitment pitch.

Recruiting an agent from another country who can accomplish basic tasks, such as renting an apartment or obtaining a license plate number, while providing the recruiting agency with plausible deniability, is standard espionage tradecraft. What is interesting in this case is that the Russians used an agent they had recruited overseas to conduct such functions rather than task a previously recruited American agent or foreign agent residing in the United States. On one hand, this could indicate they didn't deem this case significant enough to risk burning an American agent. Conversely, however, given the time, expense and effort involved in this case, it may demonstrate that the Russians were concerned the FBI may have surveillance coverage on their current agents inside the United States so they decided to use a "clean" outsider in an attempt to evade detection.

It is not clear which Russian agency the intelligence officer who allegedly recruited Cabrera was working for, but given the context of this case, it was most likely either the Russian military's Main Intelligence Directorate (known as the GRU by its Russian acronym) or Russia's Federal Security Service (FSB).

Cabrera's first tasking from his handler, according to the complaint, was to rent a specific apartment in a condo complex in Miami that a U.S. government "confidential human source who previously provided information on Russian Intelligence Service activities implicating national security interests of the United States" was living in. This description indicates that the person is likely a Russian defector or agent who had been resettled to the United States.

The Russian intelligence officer said he knew that Cabrera had previously looked at purchasing a property in South Florida and showed him a printed version of a 2015 email exchange Cabrera had with a real estate agent in Florida. The coverage of Cabrera's email was obtained as part of the Russian's efforts to assess Cabrera and explain why he was selected for this specific tasking in Miami.

Cabrera was instructed not to tell anyone he was renting the property and to avoid renting it in his own name, the complaint alleges. He was able to have a contact rent the apartment in their name and wired the contact $20,000 in December 2019 to pay for the rent. Cabrera was allegedly told that the apartment was intended to be used to conduct surveillance against the target, but given Russia's aggressive campaign against defectors in recent years, it is also possible it was being considered as a location from which to launch an assassination attempt.

When Cabrera returned to Russia in February 2020, he was reportedly again contacted by the intelligence officer, who provided him with a description of the target's vehicle, and who then instructed Cabrera to travel to Miami again to locate the target's car, obtain its license plate number and note where it was being parked. On Feb. 13, Cabrera traveled to Miami with his Mexican wife. On Feb. 14, the couple drove a rented car to the condo complex where the target lived. They reportedly "tailgated" behind another vehicle to gain entrance to the complex. This reportedly drew the attention of an alert security guard who approached the couple. They provided the name of a person they were allegedly attempting to visit, but no person with that name resided in the complex, and the security guard asked the couple to leave. As the security guard was talking to Cabrera, his Mexican wife reportedly left the car, went over and took a photo of the target's vehicle with her cellphone.

When Cabrera and his wife attempted to leave Miami on a flight to Mexico City on Feb. 16, they were pulled in for an interview by Customs and Border Protection (CBP). The CBP inspectors reportedly found a photo of the target's vehicle and its license plate on Cabrera's wife's cellphone and also found she had sent the photo to Cabrera using WhatsApp. Cabrera reportedly admitted to investigators what he had been doing, and activity on his phone showed that he had been in contact with the Russian intelligence officer. The complaint also notes that the communications between Cabrera and the Russian intelligence officer clearly indicated that it was the intelligence officer who initiated and directed the meetings with the suspect.

The alleged tradecraft exhibited by Cabrera in this case was amateurish. He did not have a well thought out cover for action and cover for status to explain why he tailgated to get into the condo complex. A more sophisticated and better-trained agent could have easily constructed a plausible reason for the visit. The wife's provocative action of taking the photo of the vehicle's license plate while the security guard was talking to them was likewise very reckless and foolish. (The complaint noted that the Russian intelligence officer instructed Cabrera not to take a photo of the vehicle.) From these alleged events it would appear that Cabrera had received little to no training in clandestine tradecraft. It is also interesting that Cabrera appears to have communicated with his phone via SMS or WhatsApp instead of some sort of sophisticated messaging app. It might be an indication that they were attempting to hide in plain sight by using normal apps, but on the other hand, it is sloppy that the handler used his Moscow cellphone and number to communicate with Cabrera rather than some foreign phone number to provide more security.

Poor tradecraft in and of itself is not unusual in cases involving Russian "wet" activities to assassinate defectors and other regime opponents, in which poor tradecraft has become the rule rather than the exception. In addition to the highly publicized tradecraft errors made by the attempted assassins of Sergei Skripal, other operations, such as the assassination of Chechen separatist Zelimkhan Khangoshvili in Berlin in August 2019 and efforts to hack into the Organization for the Prohibition of Chemical Weapons (OPCW), were likewise ham-fisted affairs.

The fact that the Russian intelligence officer was interested in the target's car could harken back to a failed 2015 attack against Bulgarian arms manufacturer Emilian Gebrev, his son and one of their plant managers in Sofia, Bulgaria. Some reports suggest that in that case, the unidentified poison was administered to the victims by smearing it on the handles of their vehicles while they were parked in a hotel parking garage. The poisoning resulted in all three slipping into comas and nearly dying, similar to the Skripal case. It is believed that Khangoshvili was killed by an FSB operative, while the men arrested in connection with the OPCW hacking attempt were allegedly from the GRU, as were the Skripal and Gebrev attackers.

Given the aggression demonstrated by Russian intelligence agencies in these past cases, it is likely that U.S. authorities were on guard for attempts to target defectors living in the United States, and it is likely the person targeted in Miami was under government protection. This sensitivity, along with the shoddy tradecraft in this case, may have helped the Miami incident come to the notice of U.S. authorities and allowed them to catch Cabrera before he was able to leave the country. This case will also undoubtedly result in additional security being afforded to Russian defectors living in the United States — and elsewhere. If this was indeed some sort of assassination plot on U.S. soil, it underscores the brutal nature of Russian intelligence and their lack of concern for the blowback such an operation would bring. They've literally gotten away with murder and attempted murder in London, Berlin and other places while facing very little in the way of consequences. This may have emboldened them to extend those efforts to the United States.