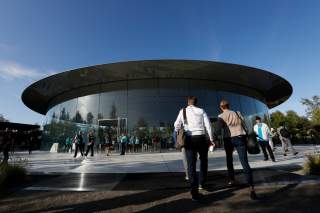 The city of Cupertino, California, will host a “Poverty Simulation” with two organizations designed to help the residents of Silicon Valley understand the poverty that surrounds the wealthy community.

The City of Cupertino and West Valley Community Services will sponsor the two-hour Poverty Simulation on Nov. 2 in joint partnership with Step Up Silicon Valley, an organization focused on reducing poverty in the community. The event aims to immerse participants in the “reality of a Silicon Valley that grows in disparity as much as prosperity,” according to its advertisement.

“The poverty simulation replicates the struggles low-income folks face trying to navigate the social services system,” Sujatha Venkatraman, associate executive director at West Valley Community Services, told the Daily Caller News Foundation. “Participants will have to rely on information and access to resources. In the process of doing so, they can get evicted, lose their jobs and other crisis.”

Cupertino is home to Apple headquarters with a population of about 60,687 residents and a poverty rate of 4.69%. The real median U.S. household income is around $60,000, compared to Cupertino’s median household income of $153,449.

“Silicon Valley is one of the most affluent areas in the United States, yet poverty runs deeper than one may think,” a flyer for the event stated. “According to recent reports, more than 30% of Santa Clara County residents cannot afford basic necessities each month without financial assistance.”

The City of Cupertino, West Valley Community Services, & Step Up Silicon Valley are hosting a Poverty Simulation on Saturday, November 2 from 10 a.m. to noon at Cupertino Community Hall.

Participants in the Poverty Simulation will “work to overcome barriers to social services, live off in-sufficient income, and encounter unforeseen economic obstacles along the way.”

The organization’s website includes a description of “Community Action Poverty Simulation (CAPS),” which the group described as “a unique tool that can educate everyone, from policy makers to local community leaders, about the day-to-day realities of those living in poverty in Santa Clara County.”

During CAPS, participants form into families “that work together to overcome barriers to social services, live off insufficient income (e.g. $2000/month for a family of four), and encounter unforeseen economic obstacles along the way.”

The City of Cupertino and Catholic Charities of Santa Clara County have not yet responded to requests for comment as to what kind of specific activities will be conducted at the Poverty Simulation.