Danger Ahead: Odds of a U.S. Recession Continues to Climb Higher 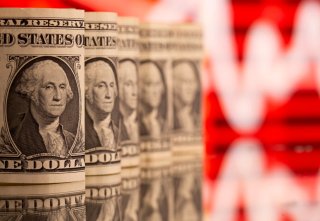 With year-over-year inflation sitting at a four-decade high of 8.5 percent and an increasingly hawkish Federal Reserve seeking to raise interest rates more aggressively, some notable economists and financial experts are now suggesting that the United States will eventually enter into a recession.

As reported by Fortune, Moody’s chief economist Mark Zandi stated that he believes that there is about a 35 percent chance that the country will fall into a recession in the next two years.

“The risk of the economy entering into a recession at some point over the next 12, 18, 24 months is very high, uncomfortably high. And I’d say (it’s) rising,” he said earlier this week in a webinar.

But on a more positive note, Zandi was confident that the Fed will be able to engineer a mollify what many pessimistic experts are anticipating will be a dire situation.

“I think the Fed will be able to calibrate things and navigate through all of this and land the economic plane on the tarmac reasonably so,” he added.

“I don't think I want to say soft landings or that anything about this is going to be soft. This is going to feel ugly—it’s already feeling ugly. So it's not gonna be an easy thing. There’s going to be a lot of bumps, a lot of hand-wringing along the way. But I think we're going to be able to land the plane,” he continued.

Instead of the recession scenario, Zandi contended that there is about a 50-percent probability that the U.S. economy will evolve into what is called a “self-sustaining economic expansion”—in which the country will return to full employment and inflationary pressures will ease.

Hatzius added that since World War II, eleven of the fourteen tightening cycles have been followed by a recession within two years. “Taken at face value, these historical patterns suggest the Fed faces a hard path to a soft landing as it aims to close the jobs-workers gap and bring inflation back towards its 2 percent target,” he wrote.

The analysis comes as Fed chairman Jerome Powell confirmed on Thursday that aggressive rate hikes are likely to be green-lighted as soon as next month.

“It is appropriate in my view to be moving a little more quickly” to raise rates, he said while part of an International Monetary Fund panel

“I also think there is something to be said for front-end loading any accommodation one thinks is appropriate. … I would say 50 basis points will be on the table for the May meeting,” he continued.