DARPA's 'Counter-Hypersonics' Could Shake Up The 21st Century's Arms Race 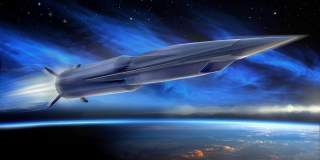 Key Point: Hypersonic weapons may be able to penetrate U.S. missile defenses or streak past the defenses of U.S. aircraft carriers.