Dead Stealth: Is China Bluffing About Its Ability to Unstealth America's F-35? 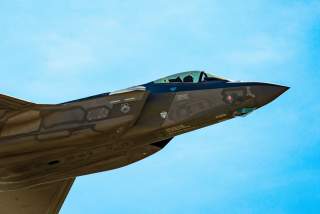 The U.S. Navy and Lockheed may have already solved the problem.