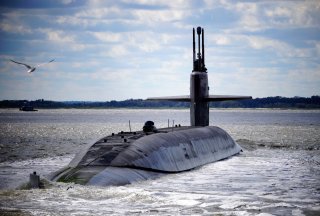 The Russians have had multiple incidents with fire onboard their submarines. Indeed, Russia’s first nuclear-powered attack submarine— K-3 Leninsky Komsomol —was nearly destroyed due to fire caused by a jury-rigged repair in September, 1967. “A non-standard gasket from. . . a beer bottle was installed in the ballast tank,” a former crewmember told Pravda. “Naturally it was displaced, the hydraulic fluid leaked under the pressure of 100 atmospheres and got sprayed onto the lamp, which had a broken protective cap. Inflammation occurred immediately.”