A Deadly Combination: The Marines New Heckler & Koch M27 Rifle Can Do Damage 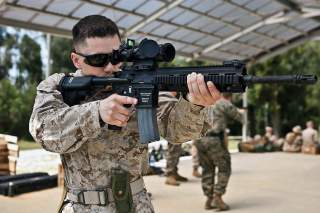 “I could kit out every grunt in the Marine Corps with the coolest shit head-to-toe for $100 million,” Neller said. “And I intend to do that.”