'Deadly Dictatorship': How Rodrigo Duterte Has Attacked Freedom of the Media in Latest Closure of Main Broadcaster 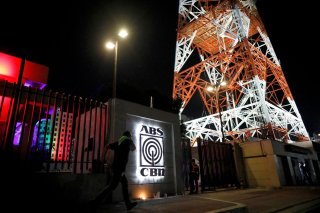 After just four years in power, Rodrigo Duterte, the president of the Philippines, has turned his country into a deadly dictatorship one again. Now the closure of the country’s major mainstream news platform ABS-CBN on May 5 in the middle of the coronavirus pandemic has struck deep historical chords in a country that has heard this sorry song before.

The broadcaster was ordered off air by the country’s media regulator, which said its licence had expired and needed to be renewed by Congress. But Duterte has had an ongoing battle with the independent ABS-CBN and the move was seen as a clear attack on media freedom.

The regime of former Filipino dictator Ferdinand Marcos also closed the broadcaster down in 1972 when it imposed martial law. Marcos’s regime murdered, disappeared and tortured its own people with impunity. Assassinations plagued public life at every level – and there were 3,257 officially documented killings.

Now Duterte’s death squads put the Marcos years into a chilling context. Some estimate at least 29,000 people have been killed in Duterte’s so-called drug war.

The current extent of the alleged genocide is hard to know and will be even harder without ABS-CBN. Investigative journalism and accurate reporting are practically impossible. Journalists are regularly assassinated along with lawyers and human rights workers. Families and society are bereft of justice and accountability. The Philippines has become increasingly perilous for many citizens and an understandable fear of retribution silences many in 2020 despite all the communication tools available.

The timing of the ABS-CBN shutdown could not be worse. Filipinos desperately need their largest broadcaster – the oldest in south-east Asia – for reliable information about COVID-19. Anti-vaxxer conspiracies around dengue fever and measles vaccinations have caused recent tragic outbreaks of both diseases in the Philippines. And yet Duterte’s brand of “medical populism” has spread misinformation, claiming people can rely on fictional “Filipino antibodies” to fight COVID-19.

The velocity of Duterte’s reign of death and abuse has caught weak institutions and opponents unprepared. His populist electoral victory can in no way excuse the atrocities and yet Duterte’s chauvinistic style and cavalier actions still remain politically popular.

His hashtag friendly campaign title Du30 has become a powerful brand – if not now a violent and well-connected clan. Du30-ism is undeniably a cultural and political juggernaut that shows very few signs of abating, or being met by an emerging counter-force. Duterte now controls every aspect of public administration and there are no checks and balances to his power. The fourth estate is now severely – if not mortally – disabled and Du30’s power absolute, for now.

Duterte’s power over the security forces is based on an old and unsubtle system of patronage normally employed by local clans, mayors and alike. Now that the provincial “big boss” is resident in the presidential palace in Manila, he has a vast network of people in every institution in the country in his debt. The military has been overtly politicised and, conversely, politics and culture have become increasingly militarised.

Duterte enables both masked assassins on the back of motorbikes, and killers in uniform. Just as with Marcos, it will take decades to repair public trust and legitimacy in the security services.

Politicisation of supposedly independent judicial and legislative branches of government is all but confirmed with the shutdown of ABS-CBN. Duterte’s appointees dominate 11 of the 15 judges on the High Court, which protects him and his cronies from justice. The regime has now begun to target the education sector, robbing the next generations of a more progressive future.

Mandatory military training is being pushed in high schools to further militarise society. University students are being falsely targeted in the drug war and in the fight against communist insurgents using crude divide-and-conquer tactics.

Without a free media, new forms of cultural and political dissent will be needed. So far, social media has been no salvation – it was the horse Du30 rode in on and still dominates. His DDS – Duterte Diehard Supporters or Davao Death Squads, referring to the city where Duterte was a former mayor – patrol online and offline.

At times, it feels little has changed across much of south-east Asia since 1971 when Bruce Lee busted out of Hong Kong to global appeal in his film The Big Boss. The cultural trope of Big Bossism is entrenched through computer games, film and TV across south-east Asia – only now the battle is fought with bots and keyboards, not Kung Fu.

Shutting down ABS-CBN is not merely an echo of the Marcos dictatorship – it is a continuation of the enduring weaknesses in the Filipino state. Duterte is the most recent incarnation of the Marcos-era Big Boss, wielding the same power in a more potent and deadly fashion. And just as with Duterte, it’s possible other strongmen or authoritarians could follow.