This Is the Deadly F-52 Stealth Fighter (That Doesn't Exist) 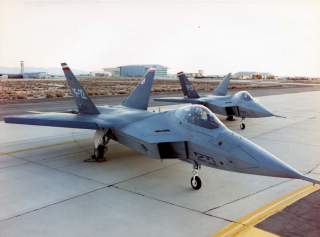 In fact, because the Navy’s reaction was so favorable, Lockheed later pitched a modified version of its NATF proposal for the ill-fated AF-X project that the Navy was ultimately forced to cancel in favor of the Joint Strike Fighter program. Some Navy officials are bitter about that fact to this day.