Death by Drones: The Reason the Navy's Nuclear Submarines Could Be in Trouble 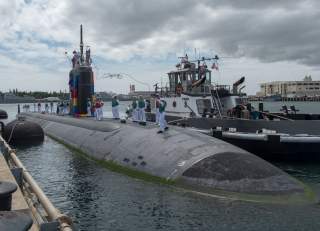 Michael Peck is a contributing writer for the National Interest. He can be found on Twitter and Facebook. This first appeared earlier in 2017.