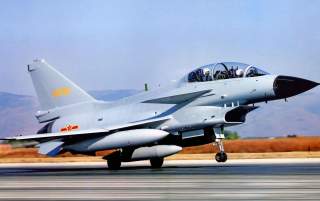 Key point: The J-10 has fallen a bit behind its American counterparts, but still packs a punch.