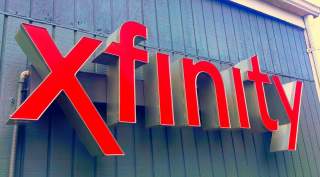 The story is indeed well known by now: Another traditional cable company is hemorrhaging subscribers.

Put Xfinity TV on that list as well. Like its satellite cable TV counterparts, Xfinity has taken its share of gut punches. In Q3 last year, Comcast, the parent company of Xfinity, reported that it had lost 238,000 cable subscribers. But on a bright note, it gained 379,000 subscribers for its high-speed internet service.

For the industry as a whole, about 6 million abandoned satellite and cable in 2019, according to Wall Street analyst firm MoffettNathanson.

What Xfinity has going for it, compared to DirecTV and DISH, is that it can tap into its successful internet service business. There really isn’t anything special about the cable package, as its price points (around $50 for cheaper options) and channel lineups are relatively mundane.

However, when you bundle the cable service with internet -- now that is perking up some customers’ ears. In addition, no-contract options can be had and it does boast premium DVR and on-demand services.

There are, though, those “hidden” fees that really irk customers. They can include regional sports fees and equipment rentals. Add on taxes to all that and you’re sometimes paying $20 to $30 extra on top of the existing cable bill. And don’t forget about Xfinity’s notorious reputation in customer service, as attested by ACSI’s below-average scores.

That being said, Xfinity has branched out to offer more of a modern service for younger customers. Offered free of charge to its internet subscribers, the Xfinity Flex works much like the Amazon Fire TV Stick and the Roku Streaming Stick, but with less verve and sophistication.

With this nifty little device, which comes with a handy voice-activated remote control, customers can get access to TV shows, movies and YouTube and music videos. If you need extra devices for other TVs, they are $5 each per month.

It’s definitely more cost-effective than the traditional cable package, but you’ll also get fewer channel options. Content on Netflix or Amazon may look like free to you, but you’ll only have access to that if you’re already a paid subscriber to those services.

The Flex is indeed a smart venture for Xfinity in today’s streaming world. If one wants to take full advantage of Flex, going all in on Xfinity’s ecosystem is a must. One example is that if you have Xfinity’s Gateway modem/router, the Flex will automatically connect to your internet service, while if you own a third-party brand, that setup will have to be completed manually.

There is no doubt that Comcast knows what it’s doing. The traditional cable service side might no longer be salvageable, and in understanding this, smart forays like Flex just might give Xfinity an extra lifeline.