Death by Stealth: How the F-35 Is Destroying Enemy Fighter Jets in War Simulations 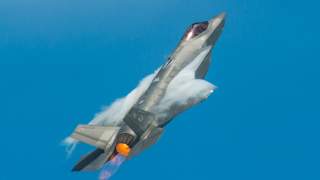 Red Flag pilots also flew in GPS-denied environments where communications were jammed or rendered inoperable by enemy EW attacks, according to the Air Force report. Taking place at Nellis AFB in Nevada, the exercise included 3,000 personnel from 39 units, including the US Navy, US Air Force, Royal Air Force and Royal Australian Air Force.