Defeat: How Winston Churchill Failed to Be Reelected in 1945 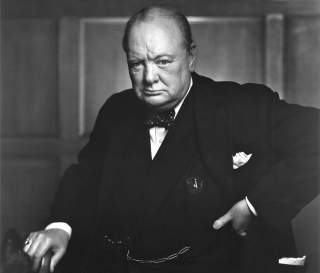 Winston Churchill is remembered as a highly successful politician, but his record at the ballot box was far more chequered than many might think. Churchill, in fact, failed to win a seat in five of the 21 contests which he fought, and as party leader he never led his party to win a majority of votes in a general election.

Worst of all, when the votes were counted after the general election of July 1945, Churchill’s Conservative Party took a crushing defeat at the hands of Clement Attlee’s Labour Party.

Opinion polls were available, and had consistently been showing a solid lead for the Labour Party – but still, it seems bizarre that Churchill managed to lose the 1945 election immediately after leading the allies to victory in World War II.

Among the excuses the Conservatives offered after their defeat was that the Army Bureau of Current Affairs had indoctrinated service personnel to vote Labour. This excuse was at least plausible in principle, but it was pretty flimsy stuff.

There were some more obvious reasons for Churchill’s humiliation. Ultimately, the Conservatives had simply lost the electoral “ground war”.

In contrast to the other parties, the Conservatives had stuck rigidly to the spirit and the letter of the wartime electoral truce, only holding one party conference during the war and putting little effort into policy development and constituency organisation. The result was that the party machine was in a terrible state, with a greatly depleted band of agents and volunteers.

The party was also still carrying the blame for the appeasement of Hitler in the 1930s, for which it had been excoriated by the 1940 book Guilty Men.

Public memory was also against the Tories for another reason: the travails of David Lloyd George, who died in 1945. While still credited as the man who won World War I, Lloyd George’s record as prime minister after the war was dismal, marked by broken promises, unemployment, industrial unrest and threats to start another war. His dire tenure created a popular consensus was that good war leaders do not necessarily make good peacetime leaders.

Meanwhile, British society had changed during the war. Voters had become less class-bound; the evacuation of urban children to rural areas, service of all classes in the armed forces, and civilians sharing bomb shelters with strangers, had facilitated social mixing on an entirely new scale.

That in turn helped create a whole new political atmosphere. After World War I, many people had wanted a return to life as it had been – but after World War II, most people wanted a complete break with the past. In that climate, Labour’s forward-looking election slogan, “Let us face the future”, was far more appealing the Conservatives’ plea to let Churchill “Finish the job”.

Ultimately, Churchill bore much personal responsibility for the failure of the Conservatives’ election campaign. He badly mishandled a party election radio broadcast in which he claimed that the Labour Party would have to employ a form of “Gestapo” to implement its policies.

This was a major miscalculation of public opinion. Labour leader Clement Attlee, a moderate and unassuming man, had been responsible for much of Britain’s domestic policy during the war – exactly the area on which most people wanted the post-war government to focus – and Labour ministers had proved themselves capable in key domestic roles.

And although all the parties supported the proposals of the Beveridge Report, the Labour Party was more enthusiastic about its implementation than the Conservatives were.

After his 1945 defeat, Churchill remained party leader and led the Conservatives into the following general election in February 1950. He lost again, but was given one more opportunity in 1951, when he finally took a majority of seats – though the Conservatives still won fewer votes than Labour.

Hindsight has been very kind to Churchill, for obvious reasons. But the voters of the 1940s and 1950s clearly took a far more circumspect view.

This article by Alun Wyburn-Powell first appeared in 2015 in The Conversation via Creative Commons License.