Desperate for Coronavirus Mortgage Help? Sorry, that Depends on Your Bank. 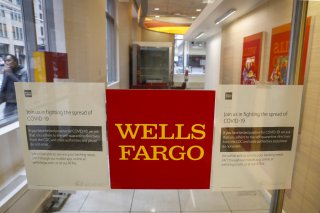 Twelve days ago, the federal government announced a nationwide halt to mortgage foreclosures and evictions for anyone whose loans are currently handled through the federal apparatus, including the Department of Housing and Urban Development or Fannie Mae and Freddie Mac. This moratorium, set to expire in mid-May, covers just over half of the country’s mortgages. But what do the other half do?

Many banks, large and small, are working on a case by case basis to address the problems stemming from the coronavirus pandemic and subsequent economic crisis.

Some banks are giving their borrowers the possibility of a temporary forbearance on their mortgages if they can show that their inability to pay is a direct result of the coronavirus. Goldman Sachs announced that their customers who use the online banking platform Marcus will be allowed a thirty-day delay with no interest added. Customers with an Apple Credit Card issued by Goldman will also be able to avoid making any payments for the month of March.

Other banks are offering relief, but nothing to the size of mortgage forbearance. For the next 120 days, Ally Bank savings and money market holder’s excessive transaction fees, nor will they charge customers for overdrafts. Meanwhile, Citibank has also said that for thirty days it will waive monthly service fees and any penalties for an early certificate of deposit withdrawals.

A few banks are preferring to go the route of direct aid, but not necessarily to their customers. The CEO of Bank of America announced that he’s donating $100 million to support communities impacted by the coronavirus. Chase will be donating another $50 million to non-profits. And Citizens Bank said it’s allocating $5 million to benefit small businesses.

In some cases, state governments are acting as a middleman, negotiating with banks to offer forbearances. On Saturday New Jersey Governor Phil Murphy announced a ninety-day grace period for mortgage borrowers facing hardship due to the coronavirus, after having gained the cooperation of banks like Citibank, Chase, Wells Fargo, and Bank of America, among over forty other financial institutions. The banks have pledged not to initiate foreclosures or evictions for sixty days, and no one effected will receive a credit downgrade. New Jersey, with 16,600 cases of coronavirus, is the second worst outbreak in the nation.

Since no private bank has announced automatic loan forbearance, it is important for mortgage holders to contact their bank representatives or service line and find out if they qualify under their bank’s individual plan.