Despite Increased Production, Expect Ammo Shortages to Continue Into 2022 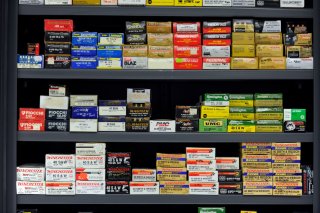 The United States has been experiencing an ammunition shortage dating back to early 2020. The shortage has had several causes: Supply disruptions during the pandemic, a new surge in gun ownership, the bankruptcy of a major supplier, and the Biden administration’s sanctions on Russian ammunition have all factored in.

A report this week looks at one company that is working to ease the shortage.

According to Axios, Vista Outdoor CEO Chris Metz says his company has been competing with the U.S. Mint and other industries for copper. The U.S. Mint ramped up production following the coin shortage last year.

“The bottom line is we’re producing more ammunition today than we ever have for hunting and recreational shooting, but the appetite for ammunition is still overwhelming demand,” Mark Oliva of the National Shooting Sports Foundation said on a recent edition of West Virginia Outdoors, according to West Virginia Metro News.

“At the beginning of this Remington was in bankruptcy proceedings, but they’ve since been purchased by Vista Outdoor and Vista has been putting a lot of effort into making sure Big Green is back online with new calibers, new production lines, and they are maxing out production,” Oliva said, adding that "the numbers of people buying guns these days is off the charts and each one of those is looking for ammunition for their gun.”

Increased production is expected to help, but Oliva predicted that ammo will remain “scarce” for at least another year.

“If you put a shovel in the dirt today, you’re looking at three to five years before you can turn the lights on in that facility,” he said. “But what we have seen is manufacturers are maxing out the production they have. They’re keeping those machines running 24/7.”

Arkansas Business wrote this week about Vista Outdoor doubling the workforce at that state’s Remington Ammo Plant. Remington was in bankruptcy last year, knocking its capacity offline. Different companies then bought parts of the company, including Vista Outdoor’s purchase of the Arkansas plant. Employment there has doubled since the takeover, the report said.

“We want those dots to grow in Arkansas,” Arkansas Gov. Asa Hutchinson told Arkansas Business of the purchase of that facility. “And we know that there’s gonna be great opportunities there, but we're delighted for this occasion to celebrate your investment, the modernization of the plan and your support for the shooting sports in Arkansas that is so vital to our state.”