Did Britain Buy The Wrong Tank At The End Of The Cold War? 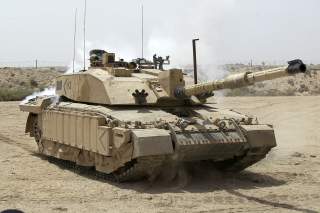 Key point: Was this a big mistake?

When the Ministry of Defense in 1987 decided to replace its existing Chieftan and Challenger I main battle tanks, according to Stuart Crawford, a regular officer in the Royal Tank Regiment, the obvious choice was Germany’s own latest tank.

“Leopard 2 was our recommendation,” Stuart wrote at U.K. Defense Journal. “And obviously we were ignored.” The other options were the American M-1A1, the French Leclerc and the British Challenger 2.

David Axe serves as Defense Editor of the National Interest. He is the author of the graphic novels  War Fix, War Is Boring and Machete Squad. (This first appeared in April 2019.)