Did Hitler Have Any Chance of Beating Russia During World War II? 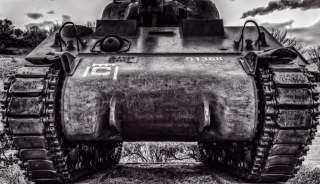 Germany’s fatal error was a misunderstanding of the strength of the Soviet state, as well as the increasing quality of Soviet military equipment.  The assumptions that underlay the German war, and the arguments that justified it to the German public, made it nearly impossible to adopt the only strategy that might have had a chance of working. Knocking the USSR out of the war in the same way that they had knocked France out of the war was almost impossible given geographic reality.  Yet, by the end of 1941 Germany faced an unbeatable Allied coalition that swiftly undercut its ability to wage total war in the East.