Did Russia Steal Its Hypersonic Missiles From America? 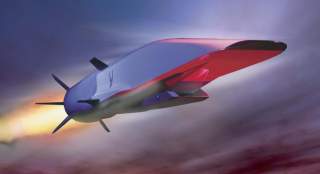 That’s the claim made by U.S. National Security Adviser John Bolton to Voice of America radio. Bolton’s comment came in response to a question about a recent Russian accident involving a nuclear-powered missile.

“But this is this is an example of Russia trying to make technological advances in their ability to deliver nuclear weapons,” Bolton said. “Something obviously has gone badly wrong here, but it demonstrates that although Russia's economy is roughly the size of the Netherlands, it's still spending enough on defense to not only modernize their nuclear arsenal to build new kinds of delivery vehicles, hypersonic glide vehicles, hypersonic cruise missiles, largely stolen from American technology.”

Russia’s response was not long in coming. State-controlled news agency TASS claimed Russian research into hypersonics goes back decades. “Domestic hypersonic technologies rely on the gigantic scientific and technical potential created in the USSR,” defense expert and retired colonel Viktor Murakhovsky told TASS. “Publicly, these developments were mentioned by the Russian president only recently but they were started back in the 1970s. This work was carried out both for military purposes and for outer space exploration.”

Murakhovsky pointed to several Cold War projects that would necessarily have involved hypersonics speeds, or speed greater than Mach 5. These include ICBM warheads, the Buran space shuttle and the Yu-71, a 1990s ICBM warhead that Murakhovsky described as an early hypersonic boost-glide vehicle like today’s Russian Avangard—a nuclear-tipped glider mounted atop an ICBM.

“This was exactly a boost glide vehicle,” Murakhovsky said. “Actually, the Avangard is a derivative of all these works.”

Murakhovsky dismissed Bolton’s claim. “As for who stole from whom, it is a big question. As a rule, it is the thief who shouts ‘get the thief!’ the loudest of all. Although, I believe that parallel development took place: the USSR and the U.S. were at about an equal scientific and technological level and were focused on dealing with symmetric tasks in outer space and in the military sphere and, therefore, they followed equal paths.”

Indeed, Russia’s Sputnik News suggested that America is stealing from Russia. “With the Pentagon recently reporting on its concerns about lagging behind Russia and China in the development of hypersonic armaments, and the U.S. Air Force and Navy reporting that they expect to start acquiring such weapons only by 2021 and 2025, respectively, it seems that the U.S. side might be a bit more interested in Russia's advances in this area than the other way around,” Sputnik News said.

So did Russia steal hypersonic technology from America? Unquestionably, the Soviet Union intensively tried to steal American defense and technological secrets and products, such as computer chips. Today’s Russian intelligence agencies have the same mission.

But much like the dubious concept of cultural appropriation, it’s difficult to prove ownership. Whether it’s food or weapons, ideas diffuse across borders and cultures. In one sense, both America and Russia are thieves: a lot of their technologies, especially in rocketry, was looted from the Nazis after World War II.

And as Murakhovsky correctly suggests, there are times when everyone hits upon the same solution naturally. Hypersonic flight isn’t magic: it involves certain aspects of physics as well as technology. An advanced military power like Russia, with long experience in developing missiles and jet aircraft, should be able to figure them out on its own. Whether their solution will prove superior to U.S. technology—which is often not the case—remains to be seen.