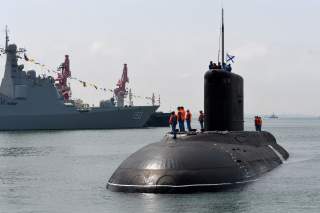 Key Point: Because U.S. submarines have to project power a lot farther from home, much more is expected of their mission.

This piece was originally featured in 2015 and is being republished due to reader's interest.