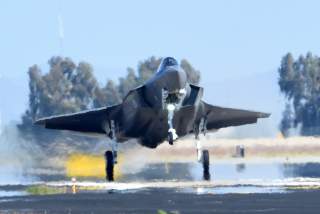 Did a Russian anti-aircraft missile hit one of Israel’s new F-35 stealth fighters back in late 2017?

(NOTE: This first appeared in October of last year.)